People's activities, even near their house's front door, are also seen by facial recognition algorithms match with images. These photos are stored in a secret database. Private chats discussing politics can also be accessed, which could lead to a person's job termination.

The report stated that it is just the tip of the iceberg. Although the Chinese Communist Party (CCP) leadership said that it could prevent the crime from happening, privacy and freedom of expression can also be threatened.

"The Chinese Communist Party is committed to the production and use of technology that controls and surveils its population," said Vice Chairman Carolyn Bartholomew and Chairman Robin Cleveland of the U.S.-China Economic and Security Review Commission.

"The decision to use these tools of repression is politically motivated to sustain the Party," they added.

One of the booming business of China is surveillance or spying. Different tech start-up companies are developing new surveillance technologies to meet the market demand with the government's consent. However, human rights activists said that these innovations could suppress and abuse people's freedom, especially the minority group.

China's surveillance uses a system called Integrated Joint Operations Platform (IJOP), which allows the countries surveillance system to monitor an entire population. The technology can mark the people, whose names are classified as "suspicious," for possible detention based on their mobile applications installed, travel patterns abroad, critical phrases used in private messages and bulletins. 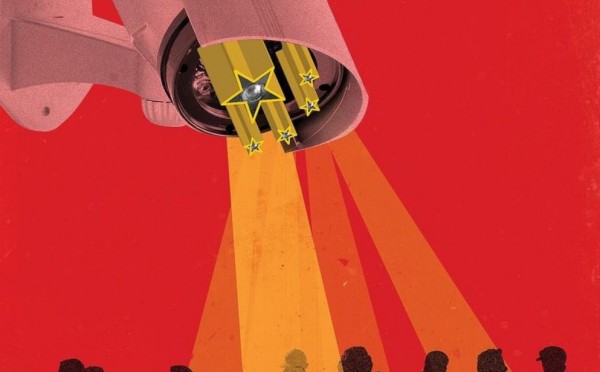 They can also be detained just for asking the location where they can peacefully pray. It was also explained that IJOP, which was developed by a state-owned military contractor China Electronics Technology Corporation, was based on the United States Military's technology used in Afghanistan and Iraq.

Suppose an individual is stopped at a checkpoint. In that case, IJOP can identify that person by filtering through billions of data points, learning everything about him/her from home addresses and photos, to education, official identification numbers, family connections, and the internet browsing history.