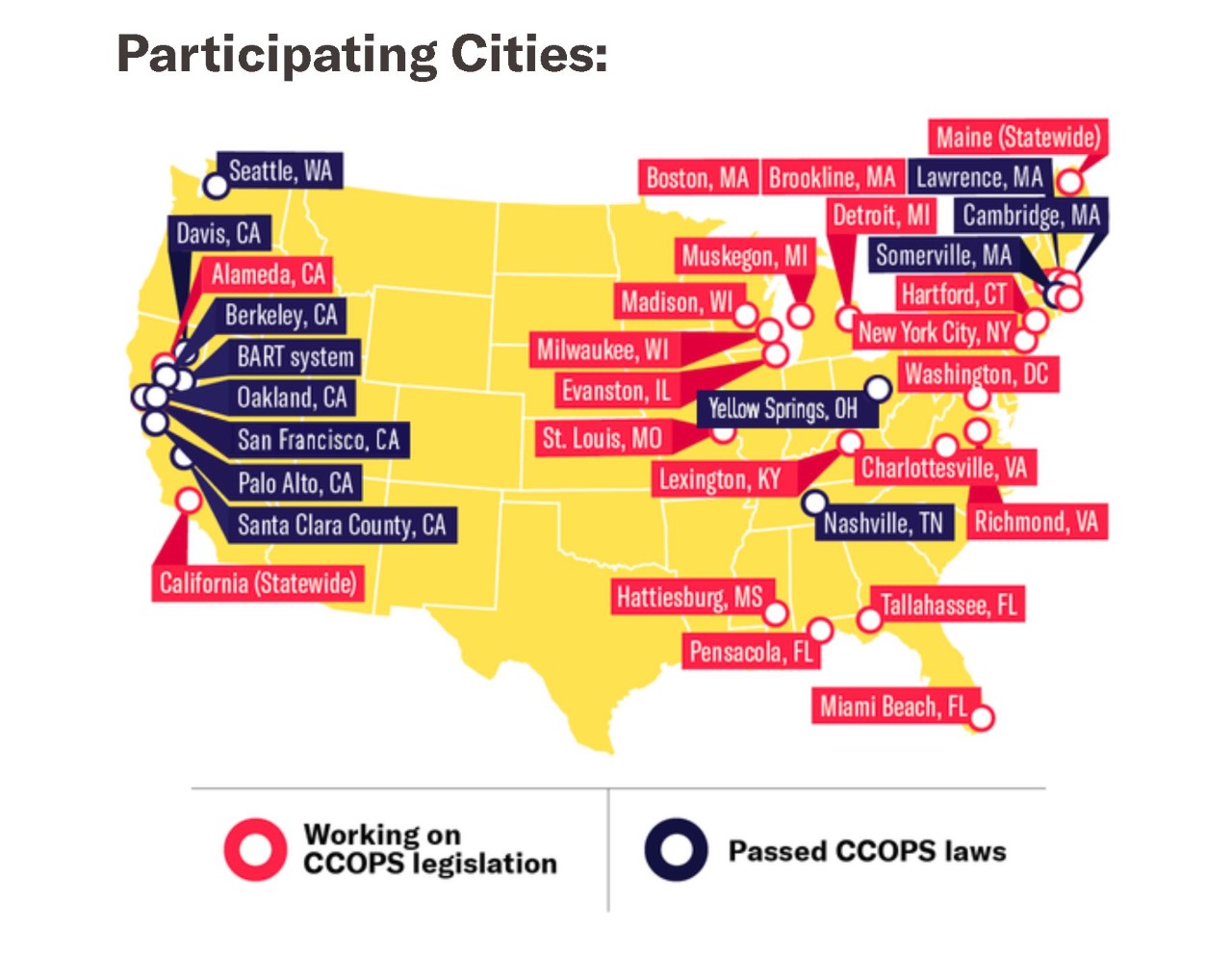 NEW YORK CITY (WABC) -- The New York City Council is expected to pass several police reforms initiatives Thursday that would create new requirements for transparency and place limits on the use of force by officers, including a ban on chokeholds.

Among those reforms is an initiative called the Police Oversight of Surveillance Technology Act, known as the POST Act.

The initiative would require the New York City Police Department to disclose its use of surveillance technology and seek public input when developing policies about how that technology is used.

The technology includes the use of X-ray vans that can see inside buildings and other vehicles, cell phone simulators called Stingrays that can capture the cell phone data of people nearby, and license plate readers.

"This is, really, an important opportunity for all of us," said Council Member Vanessa Gibson, a sponsor of the act first introduced roughly three years ago. "These measures, we believe, are extremely important to protect the privacy and civil liberties of every New Yorker."

The council is poised to approve the initiative amidst national calls for increased transparency and oversight, not just of the NYPD, but of police departments nationwide.

"We demand transparency," said Yves Filius, a government relations strategist with the ACLU of New York. "The NYPD has weaponized public safety to terrorize communities of color."

During a press conference Wednesday, Mayor Bill de Blasio expressed his support for the initiative should the council approve it.

"I've looked at it carefully," he said. "My concern was to balance transparency with our ability to deal with profound safety concerns, including terrorism, which unfortunately still is a concern in our lives, but I am convinced the wording of the act is appropriate, is balanced. So I am comfortable supporting it."

Meanwhile, the New York City Police Department has indicated it does not support the reform.

Commissioner Dermot Shea would like his department to be exempt from providing information about the use of surveillance devices and other forms of technology as it relates to the work of undercover officers and informants, situations in which the technology under debate is commonly used without public knowledge.

"It's concerning that we want to share the technology we use and give it to the criminals," Harrison said. "Just being undercover, the last thing I want them to know is what we are doing, what we are utilizing to get into their operation, and we're pretty much putting it out there. We always take a look at what we are doing and want to make sure there is a trust factor with the residents of New York, but we also have to take into consideration safety as well, and giving up the technology we utilize to interdict criminal activity, that becomes a safety issue."

Supporters of the reform call the department's concerns unfounded.

"It's precisely when police departments view transparency as a threat to its mission that puts us in the position we are in nationally now," said Chad Marlow, senior advocacy and policy counsel for the ACLU.

According to the ACLU, roughly 13 other jurisdictions around the country, including San Francisco and Seattle, have already passed similar transparency initiatives without issue.

"This is a last cry from an organization that is used to not be open to anyone else's oversight," said Albert Fox Cahn, founder of the Surveillance Technology Oversight Project, in response to police concerns.