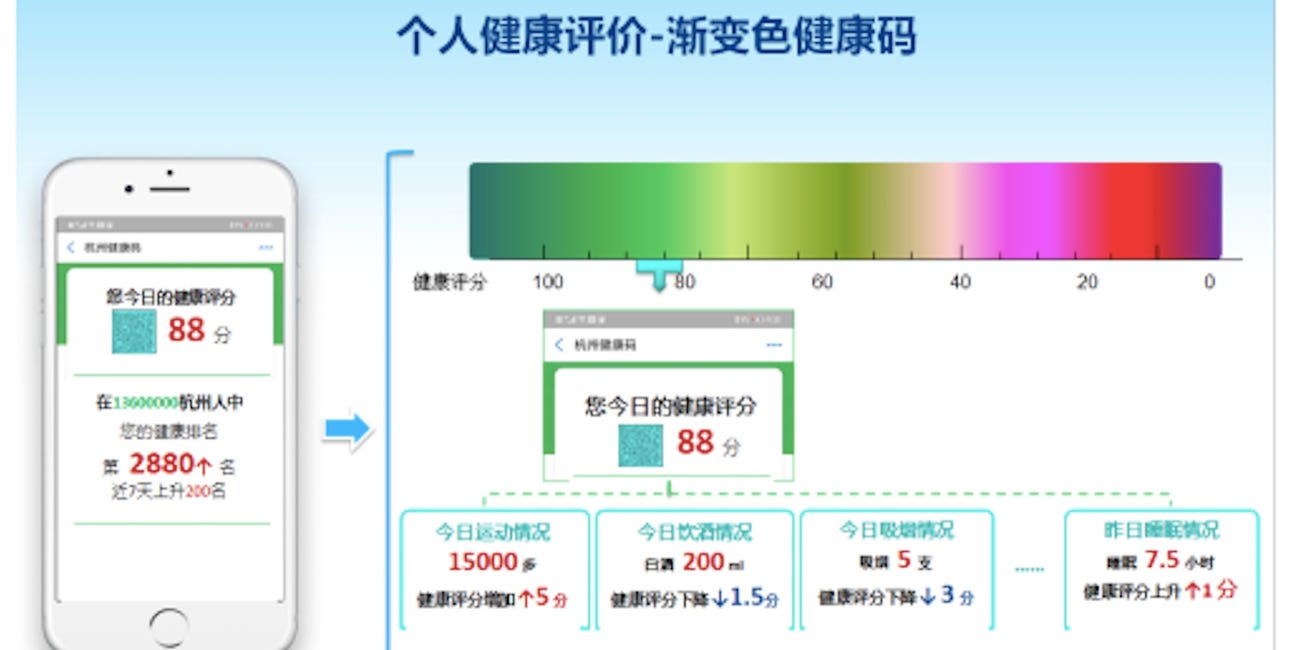 A Chinese city is proposing making a version of the health surveillance app rolled out during the coronavirus pandemic a permanent system that would score and rank residents based on their health and daily habits.

Hangzhou, a city in eastern China with around 10 million residents, has proposed a system that would give people a daily score based on their habits like steps taken, alcohol consumed, and how much sleep they got, CNBC reported.

Those details and the person's health score would be displayed on their phone, where it can be scanned.

The proposal is similar to the health app that parts of China rolled out in light of the coronavirus pandemic, which gave them a colored health code which, when scanned, determined if they could leave the house or enter certain buildings.

The phone showed either red, yellow, or green, and used those results to control people's movements as well as track where they have been and who they came into contact with.

It is not clear if the new app would have the same use as the health-tracking app, or how it would collect data.

According to CNN, the commission's director also said there could be a "group health score" for companies, which tracks overall employee behavior.

The older health tracking app has been installed in messaging app WeChat and payment platform Alipay, which is operated by Alibaba. Both are extremely popular apps in China.

Ant Financial, the Alibaba affiliate that owns Alipay, told CNBC that it has "not been contacted by any party with respect to this project."

A spokesperson also said that protecting users' privacy is "a strict requirement for all third party service providers on our platform."

The introduction of tracking apps and increased government surveillance around the world, in light of the coronavirus, has sparked deep privacy fears. Advocates worry that emergency monitoring measures could become public or influence the new normal.

The proposed app also mirrors China's social credit system, which proposes ranking all of its citizens and punishes them for "bad" social behaviors like buying too many video games and posting what the government deems fake news online.

As Business Insider has reported, the system lets people be rewarded or punished according to their scores, with punishment including banning people from trains, banning their kids from good schools, or killing their internet speeds.

The system is being trialed piecemeal on millions, including in Hangzhou.

Some Chinese citizens have expressed anger at the proposed new app, CNN reported.

"Medical history and health checkup reports are personal privacy, why should they be included in health codes to show others?" one person said on popular microblogging platform Weibo.

"Points will be deducted for smoking, drinking and not sleeping enough, does this mean our lives will be completely monitored?"