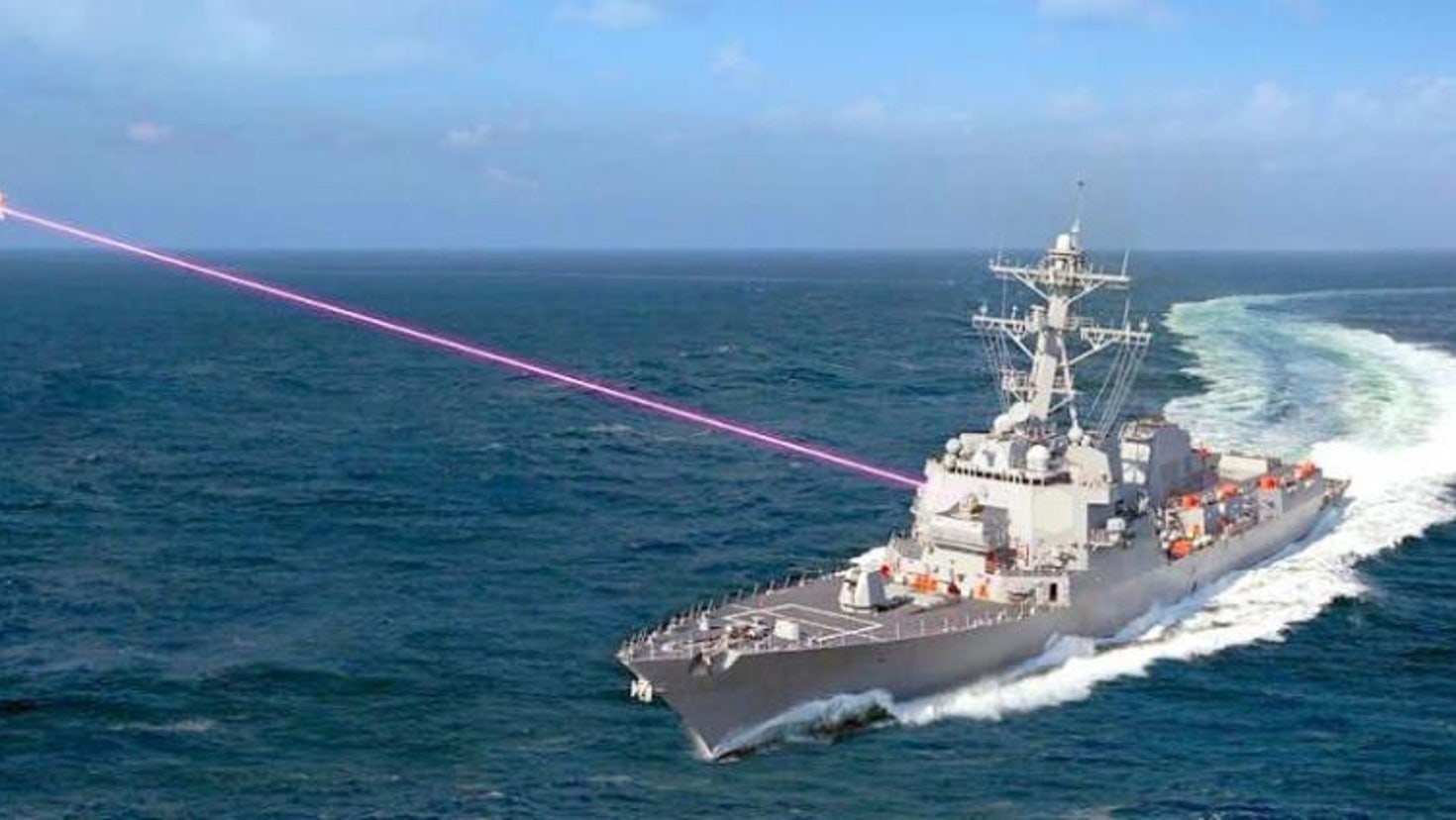 Enemy drones over the ocean could track and surveil U.S. Navy ships, designate targets for aircraft or maritime attacks, or even fire dangerous weapons themselves at surface ships.

This reality is one of many key reasons the Navy has now installed a new counter drone “dazzler” laser weapon aboard one of its destroyers for the first time, bringing new offensive and defensive warfare possibilities to the fleet.

The ODIN is, among other things, specifically configured to track and disable enemy drones, throwing them off course and jamming its sensors,according to a December, 2019, Congressional Research Service report called Navy Lasers, Railgun, and Gun-Launched Guided Projectile:

“The weapon will also feed intelligence, surveillance and reconnaissance (ISR) data into the ship’s combat system and provide a counter-UAS (C-UAS) ISR dazzler capability. The dazzler uses a lower power setting to confuse or reduce ISR capabilities of a hostile UAS,” the report states, in reference to the Navy’s ODIN…. and a weapon now laying the foundation for a developing laser system called HELIOS, or High Energy Laser with Integrated Optical-Dazzler and Surveillance system.

Laser weapons can not only incinerate enemy targets but also surveil, track and target attacking platforms as well. While ODIN and HELIOS are emerging laser weapons engineered with advanced technology for current and future applications, the Navy deployed its Laser Weapons System, or LAWs on the USS Ponce many years ago. Integration on the USS Dewey is the first time lasers have been brought into Navy destroyers.

The integration of laser weapons onto Navy destroyers is rapidly expanding across the service’s entire fleet of warships, to include the Navy’s emerging DDG 51 Flight III next-generation destroyers now in production. These ships, according to DDG 51-class Program Manager Capt. Seth Miller, are built with two additional consoles. These systems, along with other advanced technologies built into Flight III, are specifically intended to enable the integration of future weapons onto the ship.  The successful application of laser weapons requires sufficient amounts of mobile electrical power, a phenomenon which continues to inspire the Navy’s technical developments for its surface force. Smaller form factors, mobile power “surge” technologies and advanced fire control systems are all fast improving as Navy developers continue to develop laser weapons for ships.

“There is a margin left over on Flight III for upgrades, which include the allowance of additional space, weight and power. (for lasers and other weapons). Upgrades to the ship’s combat systems are an ongoing process,” Miller said, speaking in January, 2020 at the 32nd Annual Surface Navy Association Symposium, Arlington, Va.

“We have 21 ships under contract. DGG 118 and DDG 119 (Navy Destroyers) will deliver later this year,” Miller added.

Aso, alongside the Navy’s DDG 51 Arleigh Burke class destroyers, the Navy’s new USS Zumwalt stealthy destroyer is also configured for laser weapons. As evidenced by the USS Dewey, ship-based laser integration is not just something for the future--it is here.

“Right now there is a lot of development going on with lasers, including work on a road map that goes out into the future. We have space, weight and power on this ship class to incorporate that kind of capability in the future,” Zumwalt Program Manager Capt. Kevin Smith, told reporters at SNA.

Obering argues that ongoing laser modernization techniques, strategies and technologies now emerging for aircraft, space and ship-based lasers should be pursued in a collaborative fashion.

“The United States will soon be reaching the point where it can generate a megawatt of power in a size, weight, and volume capable of being put on a high-altitude aircraft or space-based platform. As DOD works to develop and incorporate these technologies...Much of the work should be collaborative, such as improvements in materials, power generation, thermal control...ect.,” Obering writes.

At the same time, Obering points out that key differences between various laser applications, such as “fundamental differences such as the wavelength of the lasers and the beam quality required for success,” should be “service-differentiated.”

Finally, Obering says that, due to the ability of lasers to travel at the speed of light, they could be effective against hypersonic weapons.

“One of the greatest attributes of directed energy weapons is that they operate at the speed of light. So, for a hypersonic weapon that is travelling at 25 times the speed of sound, a high- energy laser can engage it at roughly 35,000 times its speed. This makes targeting and tracking easier as well,” Obering writes in the PRISM essay.