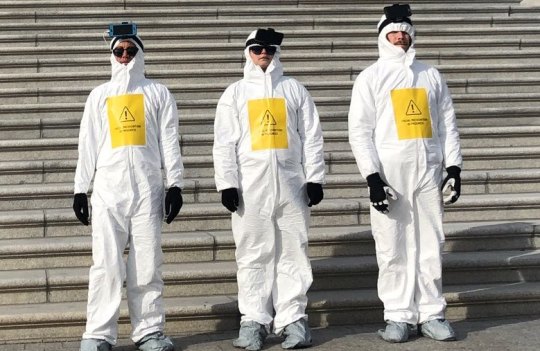 “This should probably be illegal,” Fight for the Future action will show why face surveillance should be banned

Digital rights group Fight for the Future is currently conducting live facial recognition surveillance in Washington, DC, using Amazon’s commercially available Rekognition software to scan thousands of people’s faces and cross-check them with a database to track down members of Congress, Amazon lobbyists, and members of the press. The whole fiasco is being livestreamed at ScanCongress.com, which will show a live count of the number of faces scanned.

The action shows that facial recognition surveillance is dangerous both when algorithms work and when they don’t. Three activists are wearing white jumpsuits emblazoned with “Facial Recognition in Progress” and headgear equipped with a phone running facial recognition software. The trio are scanning faces at major metro stops and busy areas around Capitol Hill, looking for members of Congress and journalists, and around K street, looking for Amazon lobbyists. In the process, the group will collect biometric data on potentially thousands of DC residents and commuters.

See the livestream at ScanCongress.com

Following the protest, Fight for the Future will release a web tool at ScanCongress.com that allows people who were in DC on Thursday to upload a photo and check whether their face was scanned. All the photos, and the facial recognition data, will be destroyed after two weeks.

“This should probably be illegal,” said Evan Greer, deputy director of Fight for the Future (pronouns: she/her), “but until Congress takes action to ban facial recognition surveillance, it’s terrifyingly easy for anyone –– a government agent, a corporation, or just a creepy stalker –– to conduct biometric monitoring and violate basic rights at a massive scale. We did this to make a point. And we’re going to delete the data that we collect. Someone else could use the same technology to do unimaginable harm. We need an immediate ban on law enforcement and government use of face surveillance,  and should urgently and severely limit its use for private and commercial purposes.” 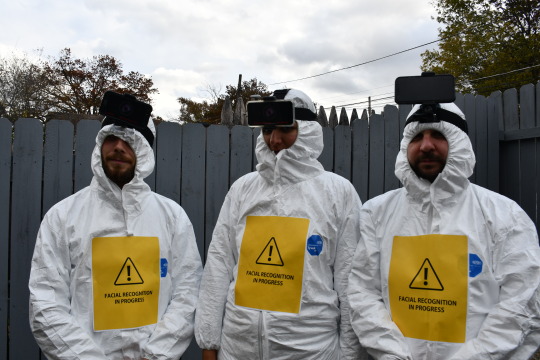 The action is part of Fight for the Future’s BanFacialRecognition.com campaign, which has been endorsed my more than 30 major grassroots civil rights organizations including Greenpeace, Color of Change, Daily Kos, United We Dream, Council on American Islamic Relations, MoveOn, and Free Press. The groups are calling for local, state, and federal lawmakers to ban law enforcement use of facial recognition. Several cities have already banned the controversial technology outright, including  San Francisco, Somerville, MA, Berkeley, CA, and Oakland, CA, and there is growing bipartisan support in Congress to address the issue at the federal level. 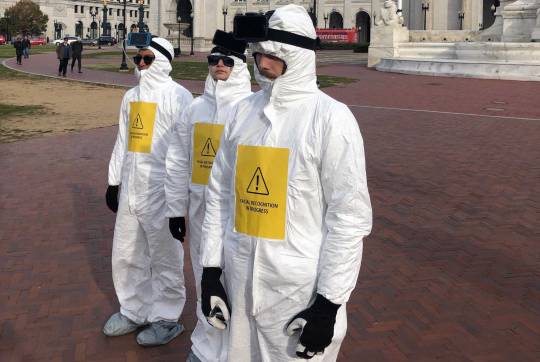 Fight for the Future recently made headlines by dealing the first major blow to the commercial spread of facial recognition in the US. Alongside artists like Rage Against the Machine guitarist Tom Morello, the group pushed 40 of the worlds largest music festivals to clearly state they have no plans to use face recognition at their events. Morello and FFTF deputy director Evan Greer wrote about the significance of the victory in a widely shared Buzzfeed News op-ed. 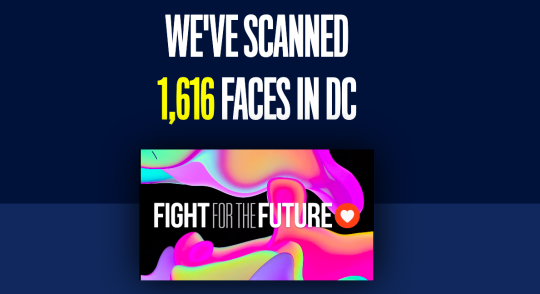 Fight for the Future opposes attempts by the tech industry (including Amazon) and law enforcement to pressure Congress to pass an industry-friendly “regulatory framework” for facial recognition that would allow this dangerous technology to spread quickly with minimal restrictions intended to assuage public opposition. But we support narrower efforts to ban or restrict specifically egregious uses of this surveillance, such as a bill introduced recently to ban the use of facial recognition in public housing. For more on our position, read our op-ed “Don’t regulate facial recognition. Ban it.”