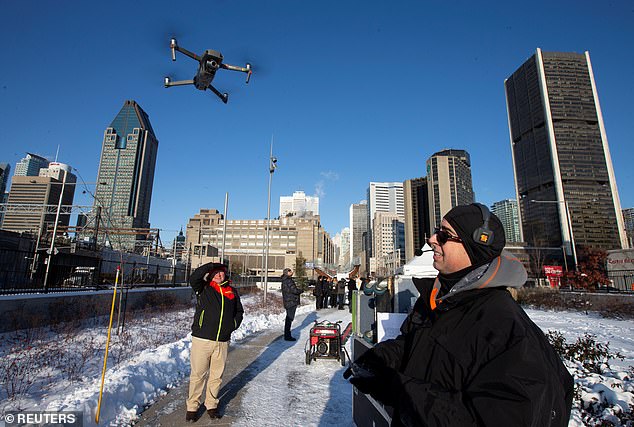 The world’s largest drone manufacturer has announced plans for a new smartphone app that lets users identify mysterious drones flying around their neighborhood.

Developed by DJI, the Shenzhen based drone giant, the unnamed app is targeted for a release in early 2020 pending approval by government regulators.

The app will have a range of around .6 miles using WiFi Aware, a new communication protocol that allows WiFi-enabled devices to communicate with one another.

DJI announced the new app at the United Nations-sponsored Drone Enable conference in Montreal this week.

The app will mark the first time the general public will be able to monitor local drone traffic without expensive specialty equipment.

The app uses WiFi to identify the registration number of nearby drones and match it to an owner.

DJI says the app is meant as a tool for people who might be worried about someone using a drone to spy on them or otherwise violate their privacy.

Last week, the UK announced it would create a drone registry that requires anyone with a drone of model aircraft between half a pound and 40 pounds to register.

The Federal Aviation Administration has said it would like for drones to have an identification system similar to car license plates.

‘Remote identification is the #1 priority of the FAA with unmanned systems,’ Philip Kenul, an aviation regulation official in the US, told Retuers.

DJI’s drones and accessories account for around 70 percent of the global drone industry, which rose to $12.3billion in 2018.

Schulman argued the smartphone app would allow the industry to continue growing without heavy-handed regulation.

‘Rather than restrict operators, you can punish the operations that are actively harmful,’ he said.