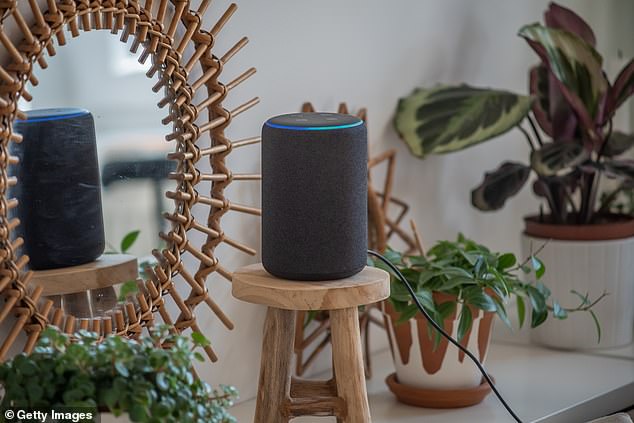 A group of researchers have published results from a shocking experiment that shows how voice controlled smart devices can be operated remotely using targeted laser beams to simulate human speech.

The researchers announced Monday that they were able to control a Google Home and command it to remotely open the garage door from a separate building 230 feet away.

Also susceptible were Amazon’s Echo, Facebook Portal, a range of Android smartphones and tablets, and both iPhones and iPads.

‘It’s possible to make microphones respond to light as if it were sound,’ Takeshi Sugarawa, of University of Electro-Communications in Tokyo, told Wired.

‘This means that anything that acts on sound commands will act on light commands.’

Sugarawa had made the initial discovery while experimenting on his personal iPad and discovered that its microphone would translate laser light into sound.

Over the next several months he began modifying the intensity and frequency of different kinds of laser beams and found that it wasn't just his iPad but a whole range of voice activated smart devices that would respond to lasers as if they were human voice commands.

Researchers believe that as the laser cycles in intensity, it causes the thin membrane around the smart device’s microphone to vibrate in a way that’s similar to spoken commands. 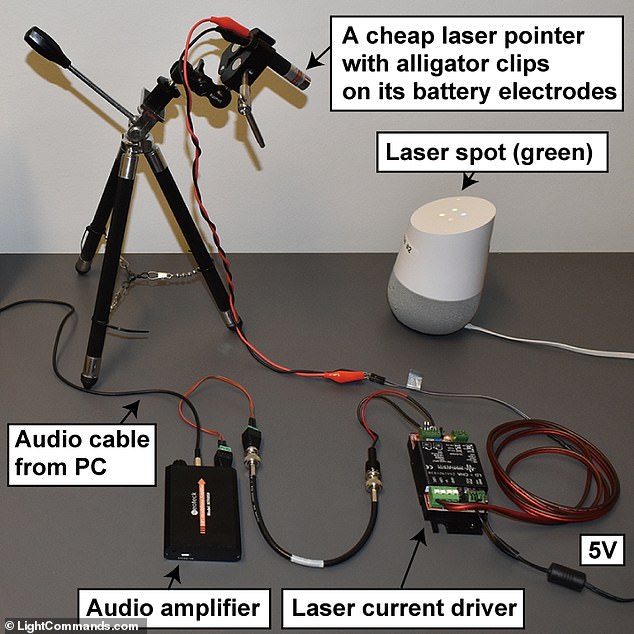 When the membrane vibrates in particular way it assumes a human voice command has been given and activates the device.

Researchers found significant variation in just how susceptible different smart devices were to the hacking.

With Android phones, for instance, the hacking only worked from relatively close range, around 16 feet or closer.

iPhones could be hacked from as far as 33 feet away.

Smart speakers like Google Home and Amazon Echo were the most susceptible to long range hacking.

The hacks can be triggered silently, but the smart devices all issue an audio cue alerting their users they've been activated. 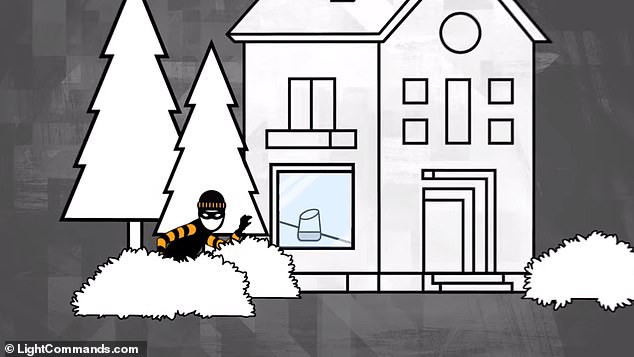 With further experimentation, the researchers believe hackers could find a way to turn down the volume on smart speakers so that their owners never hear that they’ve been activated.

Google and Amazon both acknowledged they were tracking the new research.

‘Protecting our users is paramount, and we're always looking at ways to improve the security of our devices,’ a Google spokesperson told Wired.

Amazon said they were working with the researchers to learn more about their work.

WHY ARE PEOPLE CONCERNED OVER PRIVACY WITH AMAZON'S ALEXA DEVICES?

Amazon devices have previously been activated when they're not wanted - meaning the devices could be listening.

Millions are reluctant to invite the devices and their powerful microphones into their homes out of concern that their conversations are being heard.

Amazon devices rely on microphones listening out for a key word, which can be triggered by accident and without their owner's realization.

The camera on the $129.99 Echo Spot, which doubles up as a 'smart alarm', will also probably be facing directly at the user's bed.

The device has such sophisticated microphones it can hear people talking from across the room - even if music is playing. A hack by British security researcher Mark Barnes saw 2015 and 2016 versions of the Echo turned into a live microphone.

In 2019, Amazon admitted that it had sent around 1,000 audio recordings taken from different Alexa-enabled devices to employees for analysis, part of what it described as an effort to improve the Alexa user experience.