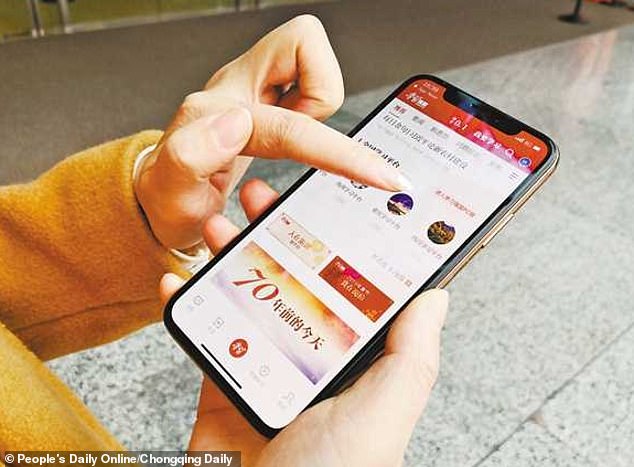 A mobile app promoted by the Chinese Communist Party could be a gateway for the government to spy on its citizens, cybersecurity experts have warned.

The app, which provides news and messaging services, was made mandatory for all 90million communist party members and has been downloaded by even more.

It allows users to read reports from Chinese state media, carry out video chats and send virtual gifts to friends.

But experts have warned that President Xi Jinping's government may be able to access users' phones and monitor them without their knowledge.

Its main function was thought to be the promotion of Xi Jinping Thought, the ideology of the most powerful leader of China since Chairman Mao.

But now it has been revealed to be capable of spying on its users' activity, the BBC reported.

Cure 53 said the encryption used for data inside the app was weak and could easily be accessed by people other than the owner of the phone.

It suggested the app could collect and manage 'vast amounts' of data, including that regarding people's health or bodies, and their emails.

The Chinese government has denied claims that the app is being used for monitoring purposes.

Many citizens have reportedly had their wages 'tied' to the app, making it a compulsory download.

While journalists from the country are required to download the app and complete a quiz on President Xi in order to receive a press pass via the app.

The Communist app has also been billed as the modern-day equivalent to the 'Little Red Book', a pocket-sized booklet with Chairman Mao's philosophy and a must-have item for Chinese people in the 1960s and 1970s.

It is estimated that more than one billion copies of Chairman Mao's 'Little Red Book' were circulated during China's Cultural Revolution.

In a lengthy report Cure53 claimed it could prove one case of a clear human rights violation by the 'Study the Great Nation' app.

The report read: 'The Cure53 team finds it evident and undeniable that the examined application is capable of collecting and managing vast amounts of very specific data.

'It is certain that the gathered material can become a basis for further actions concerning a specific group (or groups) of citizens.'

This could be of concern for human rights campaigners because China has a dubious track record in its treatment of Muslims and political prisoners and dissidents. 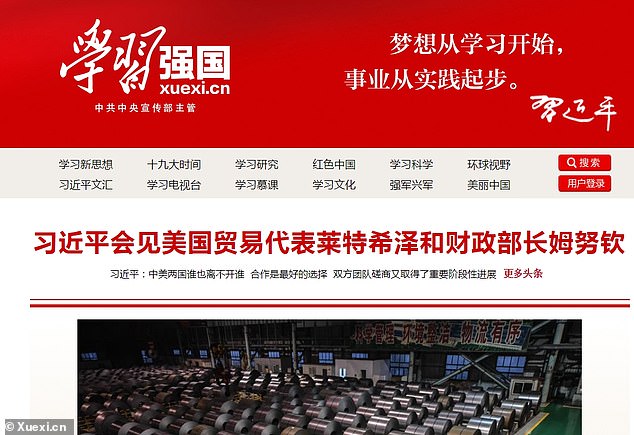 Although the experts say the collection of such meta-data and device information could be legitimate if it was being used for software improvement, they question why it would be needed for an 'educational' app.

They added: 'The arguably intentional use of weak encryption in the code which appears to be related to biometric data and email encryption cannot be set aside as any sort of requirement of education-driven goals.

'According to the European Convention on Human Rights, which stands among other examples of agendas and corresponds to related court rulings, the above practice can be considered a violation of human rights. '