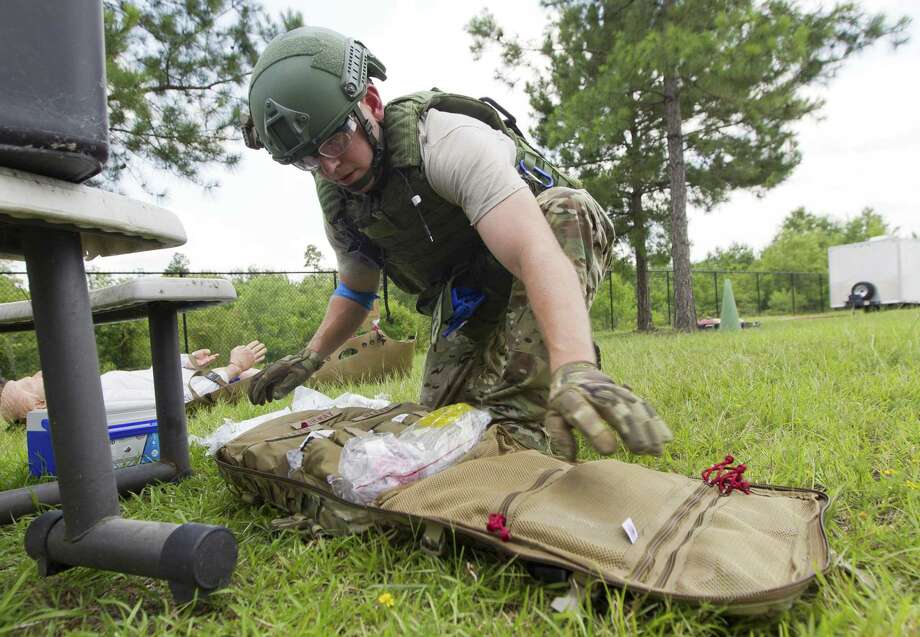 Over the past few years, I have received a lot of flak from anonymous commenters about a few stories I wrote that discussed paramedics and firefighters training for urban warfare.

But recent stories, like this one, reveal something that even the most die-hard defenders of first responders cannot deny: armed doctors, paramedics and firefighters could soon be showing up at your doorstep to arrest someone.y

What is that you say? That could never happen in America.

But it is already happening.

Three months ago, The Courier of Montgomery County revealed that the Montgomery County Hospital District (MCHD) in Texas, is training paramedics and firefighters to look and act like members of a police SWAT team.

"The 12-member tactical paramedic team was restarted at MCHD a few years ago and is based out of EMS Station 10 at 2920 North Loop 336 East in Conroe, where this last training took place. About twice a week, the tactical team will join police as they execute arrest warrants."

The article describes how excited paramedics and firefighters are to wear tactical gear, brandish automatic weapons, and act like cops, twice a week.

“There was more of an excitement appeal, helping out our brothers and sisters in law enforcement as well as involving my (EMS) passion,” MCHD paramedic Corey Callihan said.

A look at MCHD's "Tactical Emergency Medical Support Team" operating guide reveals that they should be ready to help police arrest someone or search someone's home by 6:00 AM.

"Due to the majority of scheduled search warrants being served between the hours of 0630-0700 hrs, the TEMS unit hours will be 0600 hrs-0600 hrs. This will allow the new oncoming crew to be present for the warrant service and not create a shift change issue on every call."

The operations guide goes on to explain that a "tactical paramedic must be able to lawfully possess a firearm as allowed by State and Federal law and possess a ballistic vest, ballistic helmet, eye protection, ear protection and PPE gloves."

As you will see, being a tactical doctor, paramedic or firefighter is no longer about public safety; unless your definition refers to aiding law enforcement.

A recent article in Police Magazine, titled "How To Start a Tactical Medicine Program" reveals that police officers should encourage more doctors, EMT's and firefighters to carry weapons.

"Consideration for tactical medical support can be provided to law enforcement agencies through a wide array of options, from civilian EMTs to sworn or designated reserve police officers who can also be physicians or paramedics."

"Most police officers personally know several of the local emergency physicians having frequently visited local hospital emergency departments while conducting law enforcement duties. It would not take long for interested police officers to identify those physicians as potential team players and who could be viewed as prospective candidates to serve as a team physician."

According to Police Magazine, there are three reasons why police want to turn doctors, paramedics and firefighters into armed responders.

Police Magazine's article could not be any plainer, pretty soon every doctor, EMT and firefighter will be encouraged to be a "team player."

I will end this story by quoting from the modern version of the Hippocratic Oath which says,

"Most especially must I tread with care in matters of life and death. If it is given me to save a life, all thanks. But it may also be within my power to take a life; this awesome responsibility must be faced with great humbleness and awareness of my own frailty. Above all, I must not play at God."

Doctors and paramedics are meant to save lives, they have no business arresting people or carrying weapons.