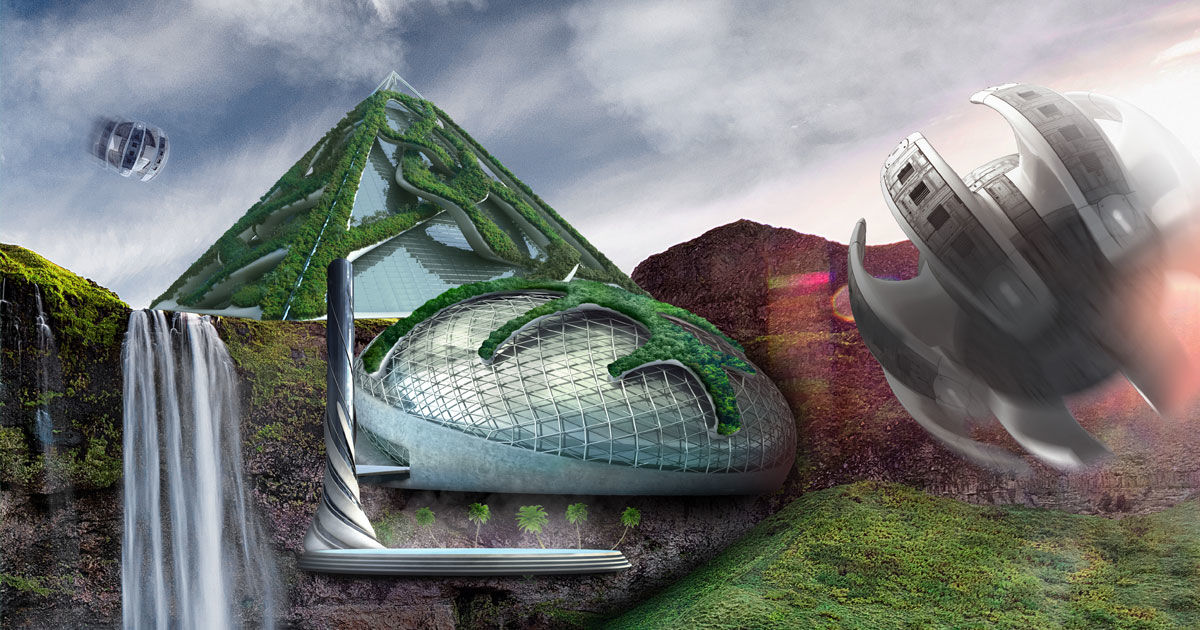 A hundred years ago, Hilton opened its first hotel.

Now, in celebration of the momentous anniversary, it’s looking 100 years into the future, sharing its predictions for the hotels of 2119 in a newly released report — and some of those predictions are downright wild.

One of the first major differences the report notes between the hotels of today and those of the future has to do with their locations.

“Hotels have migrated to other planets and high up in the mountains to avoid encroaching seas,” Hilton writes. “We’ve ventured into the middle of unexplored, previously uninhabitable deserts and created places of beauty and recreation.”

As for the future hotels themselves, the company expects we’ll use microchip implants to wirelessly control everything in them, from room temperature to entertainment to what the spaces look like.

“Individual data insights, gleaned from embedded chip technology, will beam to the hotel, so the space will be ready the moment a guest walks in,” Hilton predicts in the report. “Think star-scattered scenery for space-lovers, meadow views for weary city dwellers, or safari displays for adventurers.”

Sustainability plays a major role in Hilton’s vision of future hotels, too.

The company predicts the buildings will be built from plastic pulled from the ocean, while room service menus feature alt-protein offerings such as “Beetle Bolognese, Plankton Pies, and Seaweed Green Velvet Cake.” 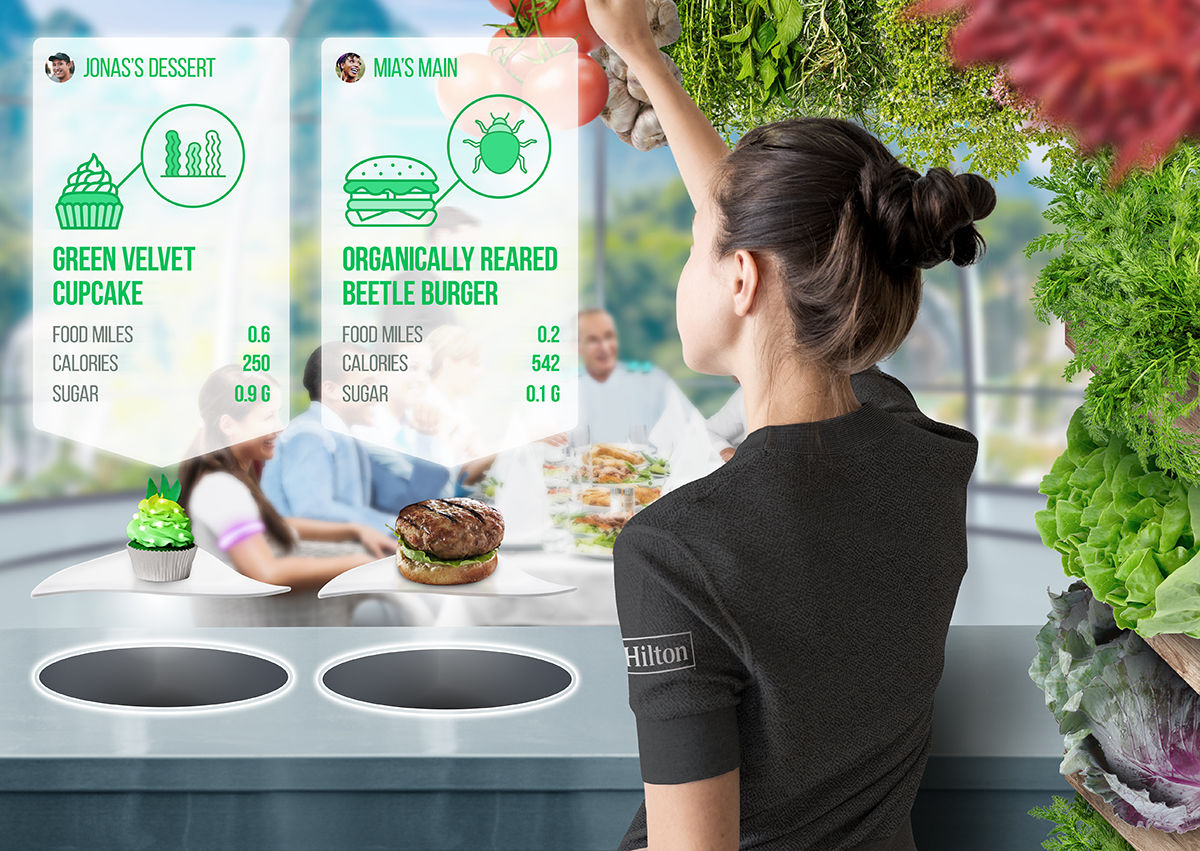