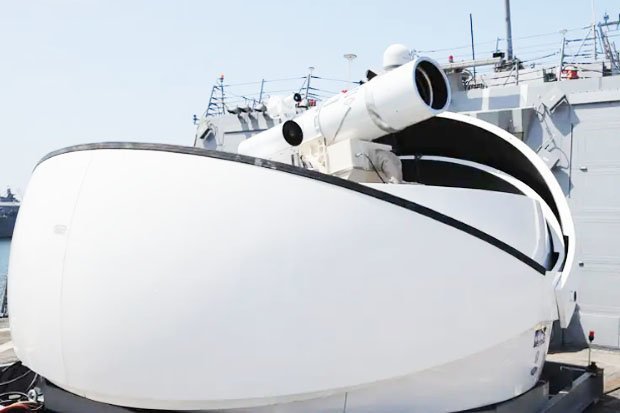 RUSSIA is unveiling a brand new laser weapon which has already been put on combat duty, amid tension with the US.

Putin and Trump have been at loggerheads over arms sales to Turkey.

And the US is having its own problems, after seeing their drone shot down by Iran.

Moscow has made a number of upgrades on its defence system amid the global standoff.

Minister of Defence of the Russian Federation Sergey Shoygu said: “In the near future, the Russian Armed Forces will receive a completely news, unparalleled weapon based on hypersonic and laser energy technologies.

“Its first samples have already been put on trial combat duty.”

The announcement comes only days after the US unveiled its own hypersonic weapon.

War chiefs revealed a successful flight of a B-52 Stratofortresses armed with the hypersonic ARRW had taken place.

It is expected the weapon will be fully operational in 2022.

He added: “The Strelets command, control and intelligence system enable the troops to engage the targets in almost real time, 8-12 minutes after their detection.”

This is far from the first time Russia has unveiled a new part of its arsenal.

Earlier this year, it announced the launch of its new Belgorod submarine, designed to carry underwater nuclear drones.

It also tested a hypersonic missile from a warship that can strike US mainland within five minutes.