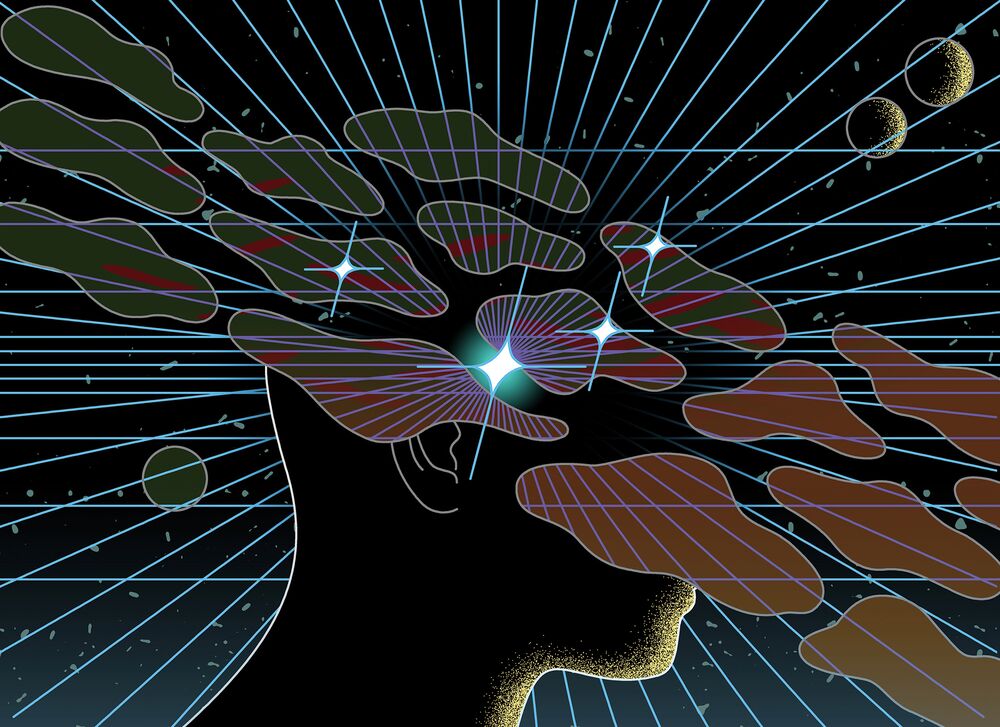 In a grainy black-and-white video shot at the Mayo Clinic in Minnesota, a patient sits in a hospital bed, his head wrapped in a bandage. He’s trying to recall 12 words for a memory test but can only conjure three: whale, pit, zoo. After a pause, he gives up, sinking his head into his hands.

In a second video, he recites all 12 words without hesitation. “No kidding, you got all of them!” a researcher says. This time the patient had help, a prosthetic memory aid inserted into his brain.

The Mayo Clinic device was created by Michael Kahana, a professor of psychology at the University of Pennsylvania, and the medical technology company Medtronic Plc. Connected to the left temporal cortex, it monitors the brain’s electrical activity and forecasts whether a lasting memory will be created. “Just like meteorologists predict the weather by putting sensors in the environment that measure humidity and wind speed and temperature, we put sensors in the brain and measure electrical signals,” Kahana says. If brain activity is suboptimal, the device provides a small zap, undetectable to the patient, to strengthen the signal and increase the chance of memory formation. In two separate studies, researchers found the prototype consistently boosted memory 15% to 18%.

The second group performing human testing, a team from Wake Forest Baptist Medical Center in Winston-Salem, N.C., aided by colleagues at the University of Southern California, has a more finely tuned method. In a study published last year, their patients showed memory retention improvement of as much as 37%. “We’re looking at questions like, ‘Where are my keys? Where did I park the car? Have I taken my pills?’ ” says Robert Hampson, lead author of the 2018 study.

To form memories, several neurons fire in a highly specific way, transmitting a kind of code. “The code is different for unique memories, and unique individuals,” Hampson says. By surveying a few dozen neurons in the hippocampus, the brain area responsible for memory formation, his team learned to identify patterns indicating correct and incorrect memory formation for each patient and to supply accurate codes when the brain faltered.

In presenting patients with hundreds of pictures, the group could even recognize certain neural firing patterns as particular memories. “We’re able to say, for example, ‘That’s the code for the yellow house with the car in front of it,’ ” says Theodore Berger, a professor of bioengineering at the University of Southern California who helped develop mathematical models for Hampson’s team.

Both groups have tested their devices only on epileptic patients with electrodes already implanted in their brains to monitor seizures; each implant requires clunky external hardware that won’t fit in somebody’s skull. The next steps will be building smaller implants and getting approval from the U.S. Food and Drug Administration to bring the devices to market. A startup called Nia Therapeutics Inc. is already working to commercialize Kahana’s technology.

Justin Sanchez, who just stepped down as director of Darpa’s biological technologies office, says veterans will be the first to use the prosthetics. “We have hundreds of thousands of military personnel with traumatic brain injuries,” he says. The next group will likely be stroke and Alzheimer’s patients. Eventually, perhaps, the general public will have access—though there’s a serious obstacle to mass adoption. “I don’t think any of us are going to be signing up for voluntary brain surgery anytime soon,” Sanchez says. “Only when these technologies become less invasive, or noninvasive, will they become widespread.”