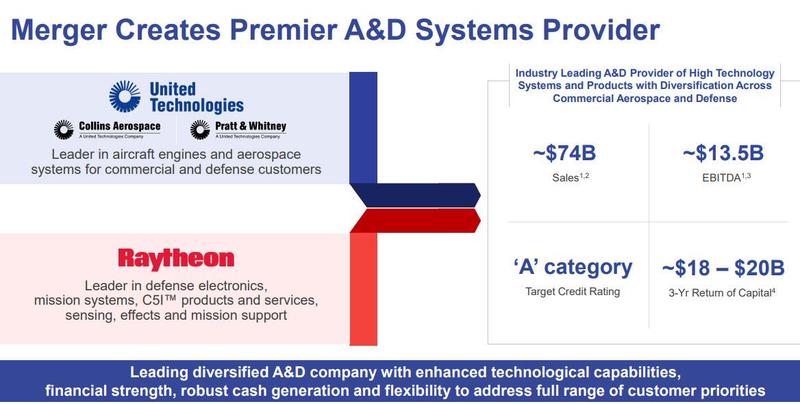 United Technologies has agreed to buy Raytheon in an all stock deal, forming one of the world's largest aerospace and defense companies with more than $74 billion in revenue and $13.5 billion in EBITDA, through one of the industry’s biggest deals ever.

With $69 billion in pure A&D sales, the new company will be the third largest Aerospace and Defense company in the world after Boeing and Airbus. 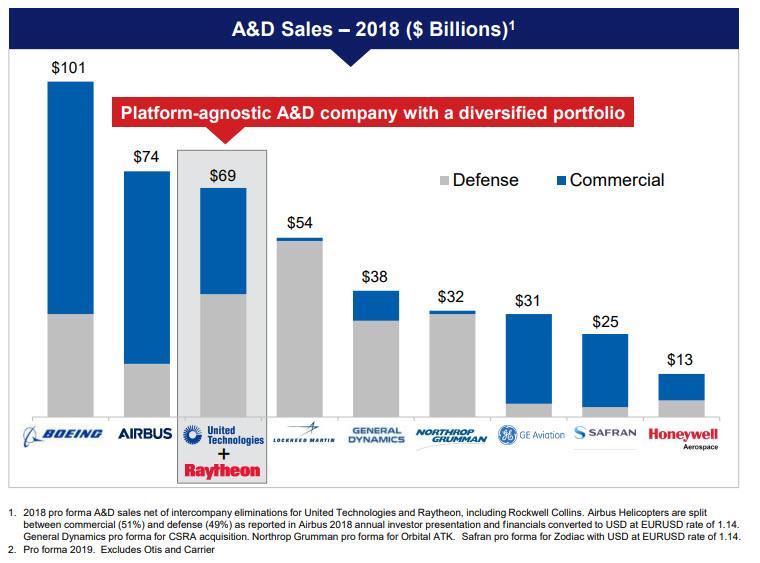 Looking ahead, the combined company is expected to generate tremendous cash flow growth... 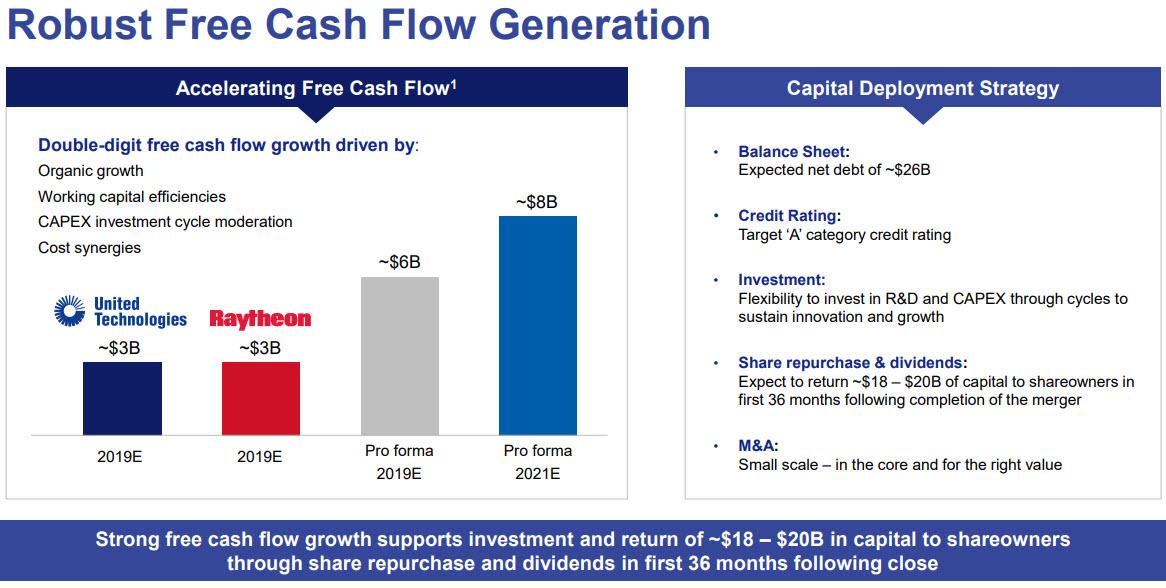 ... largely on the back of substantial synergies. 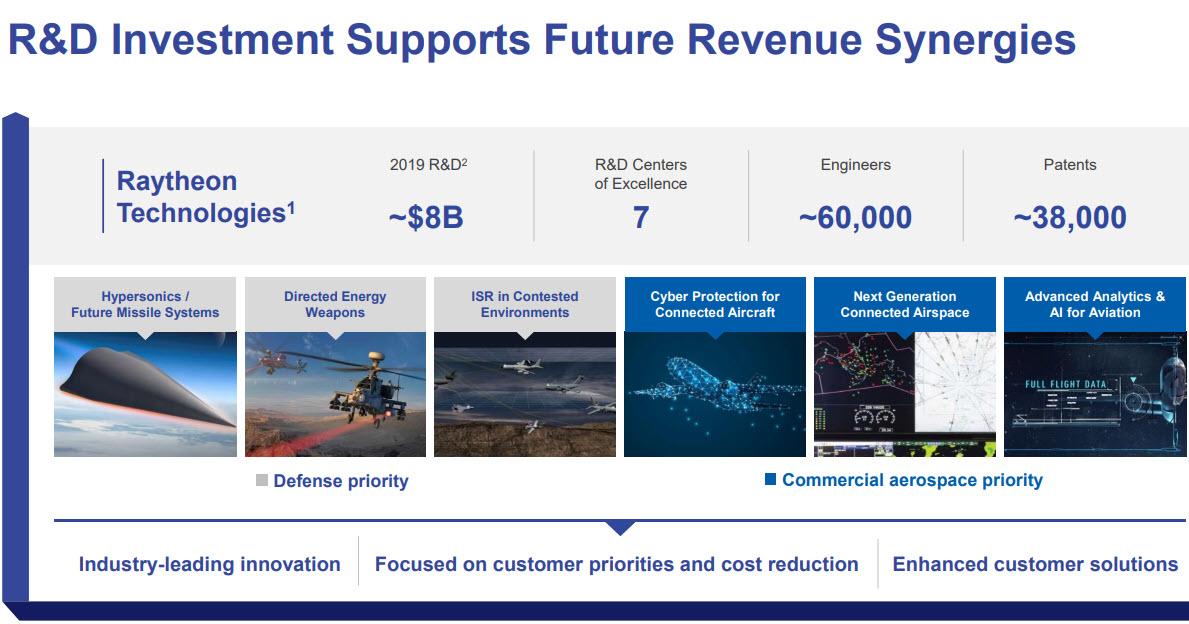 In a statement release on Sunday afternoon, the new entity will be called Raytheon Technologies Corp., the companies said. The combination, which is being presented as a merger of equals, will take place in the first half of 2020 after United Technologies’ planned spinoff of its Otis elevator and Carrier air-conditioner businesses. 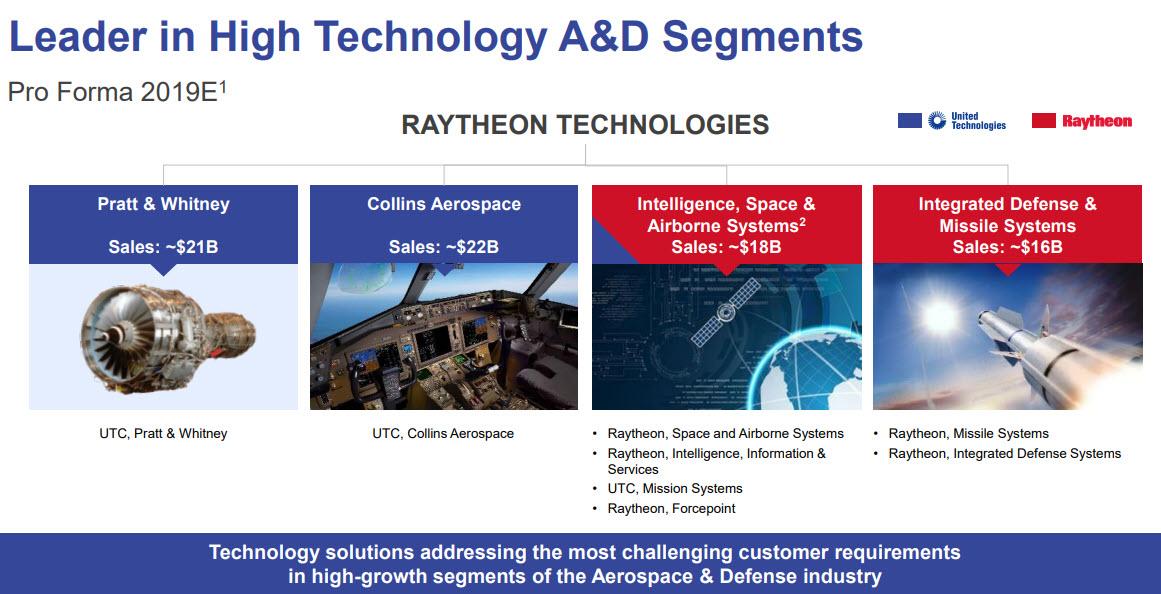 “The combination of United Technologies and Raytheon will define the future of aerospace and defense,” UTX CEO Greg Hayes said in the statement. He will hold that same role in the combined organization, while Raytheon CEO Thomas Kennedy will become chairman, the companies said. 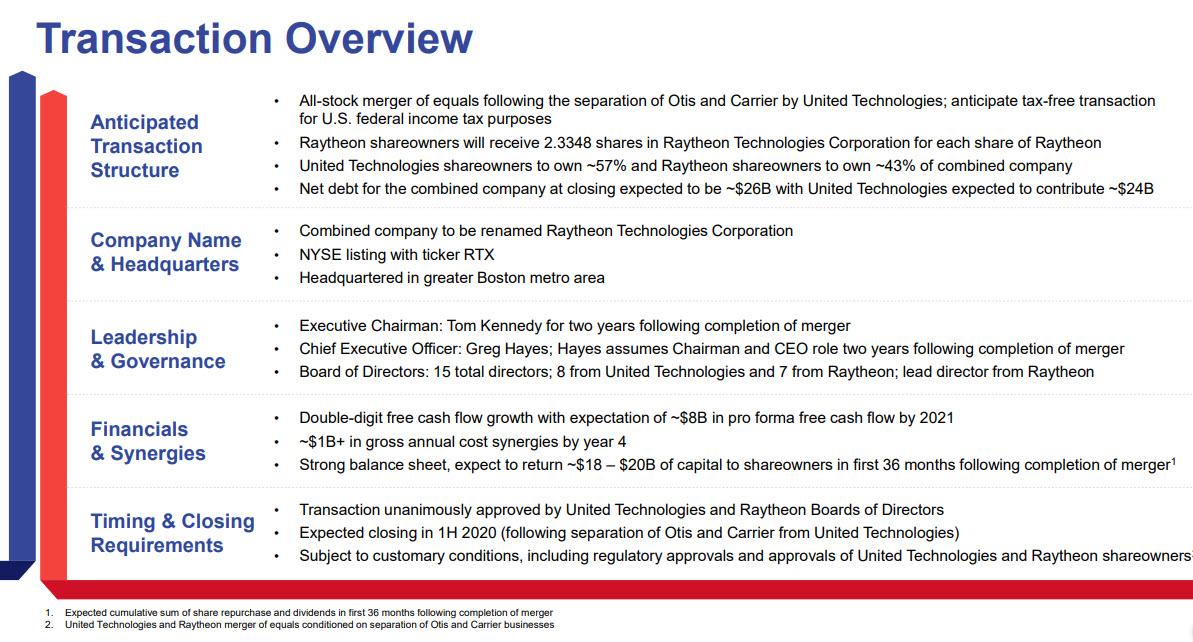 As Bloomberg notes, the blockbuster deal "caps a dramatic revamp of United Technologies under Hayes, who took over the industrial conglomerate in 2014 with a vow to pursue big transactions. Along with last year’s $23 billion acquisition of aircraft-parts supplier Rockwell Collins, the Raytheon deal remakes United Technologies as an aerospace behemoth with products including jet engines, missiles, cockpit electronics and radars."

Another wildcard in winning approval for the deal: the U.S. Department of Defense. Hayes spurned a merger offer from Honeywell International Inc. in 2016, saying the deal undervalued his company and would face customer opposition. At the time, Wall Street analysts anticipated resistance from the Pentagon, as well as planemakers.

Commenting on the deal, Bloomberg Intelligence analyst Douglas Rothacker said that greater heft would enhance the ability of United Technologies to withstand cost pressures from customers such as Boeing Co. and Airbus SE. Another crucial customer is the U.S. Department of Defense.

“Aerospace suppliers have been, and will continue to be, under immense pressure from Boeing and Airbus to cut costs,” Rothacker said. “We’ve seen consolidation in the sector as a way to counter these pricing and competitive pressures, and also diversify to add revenue streams.”

Of course, there is a simpler way to boost profit margins that avoids cutting costs - just boost revenue, which of course would require war. Luckily, the Trump admin's neocon hawks are doing everything in their power to make sure that that's precisely what happens as the stock of the combined company will continue its relentless levitation.

The company's proforma financial profile as disclosed in the company's investor presentation is below. 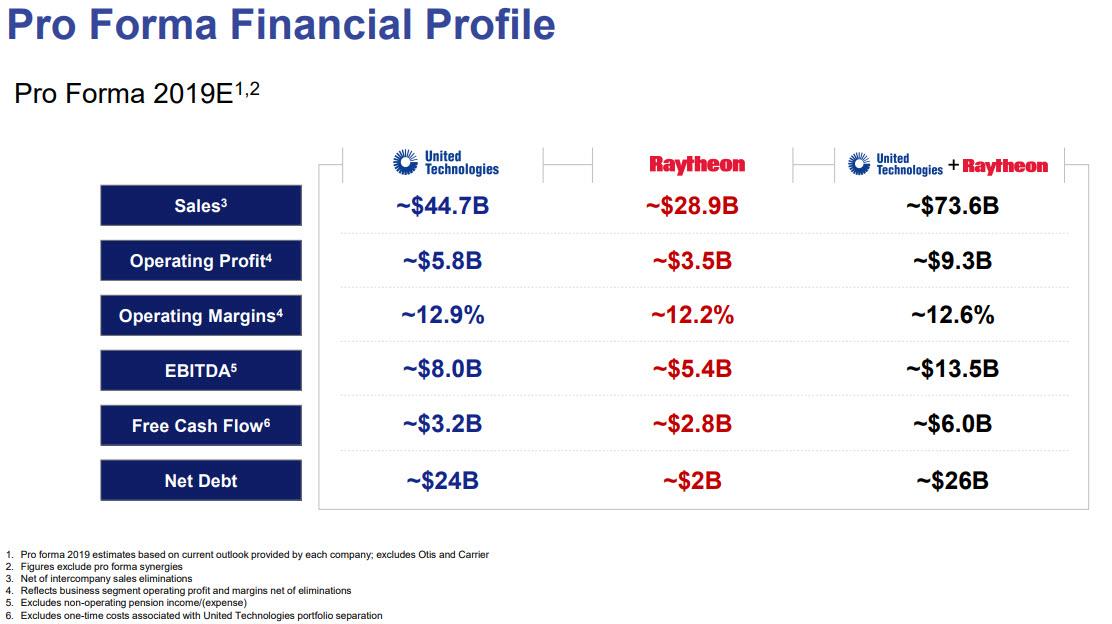 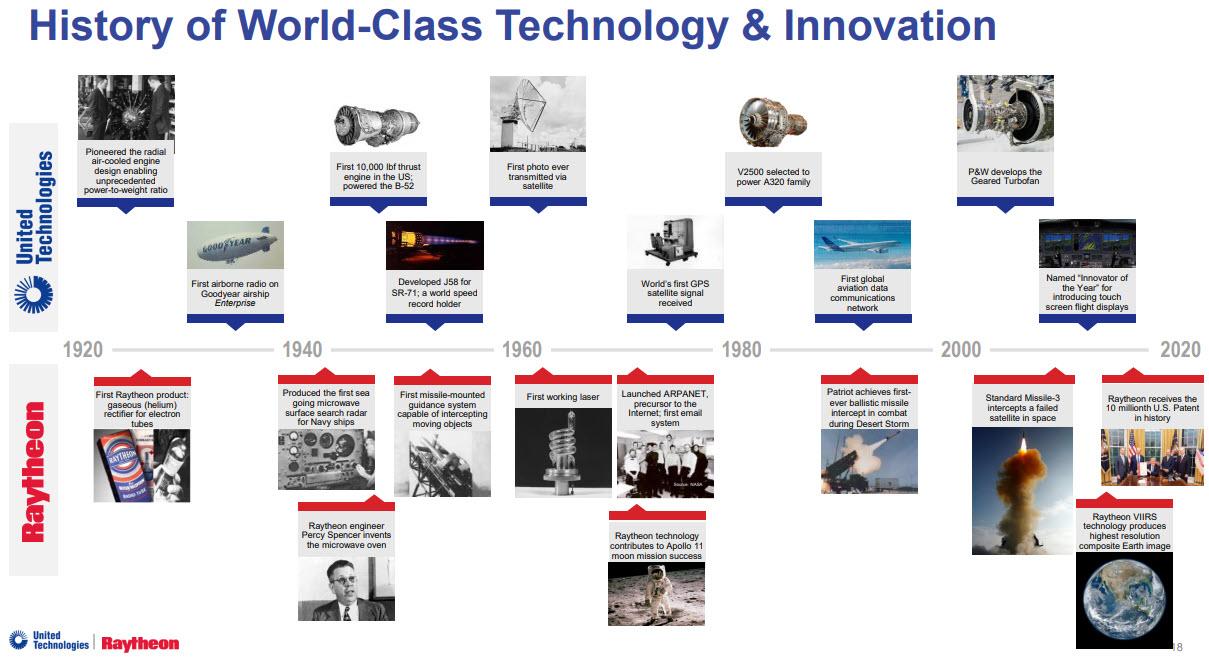 Full presentation can be found here.