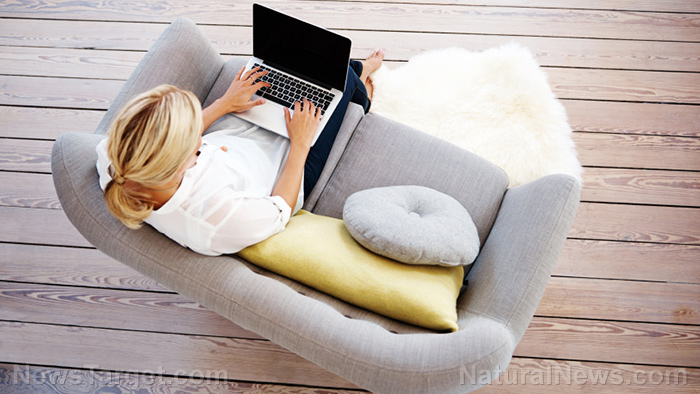 When Google croaked over the weekend, a cascading tidal wave of web services came crashing down, including the Google cloud, Gmail, YouTube, Facebook, Instagram and even portions of Amazon. Google owns the “Nest” brand which promises “smart home” functionality to control your home through a Google app on your mobile device. But during the outage, people were locked out of their smart homes… and many were unable to control home appliances such as air conditioners or lights.

It turns out that a “smart home” is an incredibly stupid idea. If you can’t even open your front door without getting permission from a remotely processed Google login procedure that requires the smooth functioning of routers, servers and the power grid, you’ve put yourself in a stupid situation. Do you really want Google — now the most evil corporation in the world — to control your access to your own home? Do you even want Google knowing when you’re entering and leaving your home?

Remember: Facebook just committed an act of terrorism by leaking the identity of a conservative to The Daily Beast, which then used that information to publicly dox the individual, encouraging violent left-wing lunatics to raid his home and try to kill him. There’s no doubt Google has similarly vindictive libtards working for it, and if one of those libtards gained access to your smart home log files, they could both dox you and publicly publish your home access schedules, allowing criminals and Antifa terrorists to target you with remarkable precision. (Similarly, Twitter recently banned hundreds of Tiananmen Square dissident accounts, going all-in with the communist Chinese regime that tortures and organ harvests political dissidents. Those are the values of Twitter and its war criminal CEO Jack Dorsey.)

Thus, in a world dominated by evil Google and its surveillance infrastructure that wants to control every last detail of your life, physical keys are pure genius.

My podcast explains much more. Catch all my daily podcasts at:

This also explains why gold is better than cryptocurrency

Here’s an interesting question for you. What’s the value of your “smart” home system when the cloud doesn’t function? That answer is obvious: no value. In fact, it’s a detriment, as it prevents you from accessing your own home.

In the same way you might compare a “smart home” to a physical key, you might also compare cryptocurrency to cash (or gold). What’s the value of cryptocurrency when the power grid is down? Zero. But gold, silver, cash or even ammo is all immediately usable, with or without electricity.

In fact, all firearms function perfectly without software or electricity. That’s why firearms are reliable: They operate on the laws of physics and chemistry, not the fake promises of Elon Musk or a bunch of incompetent over-libtarded Google engineers (because Google no longer hires people who are qualified to write code. Instead, it hires people who are sufficiently progressive to fit in with the Google cult that despises normal people.)

If you turn your life over to evil tech giants, don’t be surprised when they abuse their power, lock you out of your home, release your private details to a lunatic mob and de-platform you so that you can’t go public with what they’ve done to you. That’s how Google, Facebook, Twitter, Apple and all the other tech giants operated. They’re pure evil. Why would you want them to control your home security