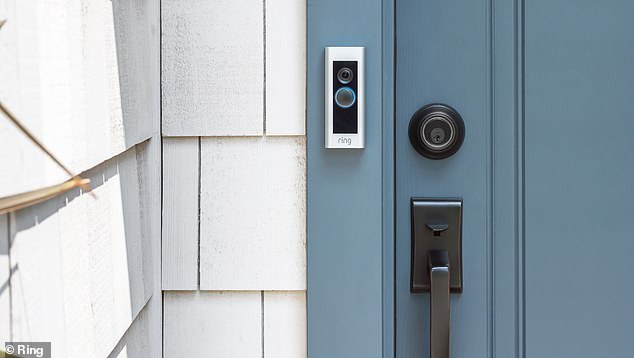 In some neighborhoods across the U.S., police are leveraging the growth of home security devices like cameras sold by the Amazon-owned Ring to establish vast surveillance networks.

According to a report from CNET, more than 50 local police departments across the US have partnered with Ring throughout the last two years to extend their surveillance capabilities into suburban neighborhoods.

The cameras, reports CNET, are sometimes offered by law enforcement to residents at discounted prices or even for free with the contingency that users turn over footage upon request.

In towns like Bloomfield New Jersey, CNET reports that neighborhoods are essentially blanketed with the devices, turning suburban streets into hotbeds for ceaseless surveillance.

'Our township is now entirely covered by cameras,' Captain Vincent Kerney, detective bureau commander of the Bloomfield Police Department, told CNET. 'Every area of town we have, there are some Ring cameras.'

From a special dashboard, law enforcement are reportedly able to geo-fence certain areas and then request Ring users for footage that they think may be valuable.

Ring users are supposed to be able to provide footage at their discretion, but according to CNET, the police have attempted to require exchanges of data.

The veracity of that arrangement is confirmed by a post by the Houston police department from March.

'HPD will be able to send alerts to the neighbor’s app. Such as crime and safety incidents in real time, request information about local crime and safety from neighbors who option in to sharing for a particular request, and work with the local community to build trust and to make the community safer,' reads the post.

In a statement, Ring criticized those practices.

Ring does not support programs that require recipients to subscribe to a recording plan or that footage from Ring devices be shared as a condition for receiving a donated device. We are actively working with partners to ensure this is reflected in their programs,' said a representative.

While the cameras have been lauded by law enforcement as useful tools to help catch criminals in areas otherwise lacking adequate surveillance, privacy experts say that the marriage between law enforcement and one of the biggest companies in the world is something to be wary of.

Coupled with an increasingly sophisticated facial recognition software -- another product offered by Amazon -- critics say the camera footage could go leaps and bounds further as a tool for tracking people.

Ring has already considered integrating such software into their cameras last year -- a move that generated backlash from privacy groups like the ACLU.

A major complaint by the ACLU and other organizations like it is that facial recognition software is tantamount to investigating subjects without probable cause -- anyone within view of the software is swept up into its algorithm.

Police department across the country have already begun to rapidly adopt facial recognition software in an attempt to identify suspects. Sometimes those tools have been leveraged using questionable methods, like using digitally altered pictures or celebrity lookalikes to check against a criminal database.

In some cases, the use of Ring cameras to conduct surveillance may also circumvent what may otherwise turn into a public debate.

As CNET notes, some cities require public buy-in when installing cameras, which is meant to allow residents a say in how and when surveillance systems are deployed.

WHAT IS RING AND WHY DID AMAZON BUY IT? 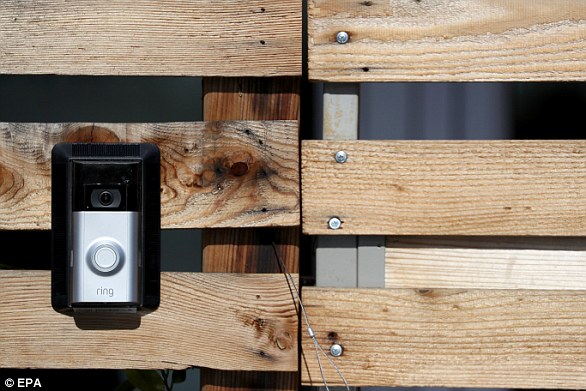 Clips can be streamed on smartphones and other devices, while the doorbell even allows homeowners to remotely chat to those standing at their door.

Ring promotes its gadgets as a way to catch package thieves, a nuisance that Amazon has been looking to remedy.

Key is designed to provide a secure and trackable way for packages to be delivered inside homes when people aren't there. 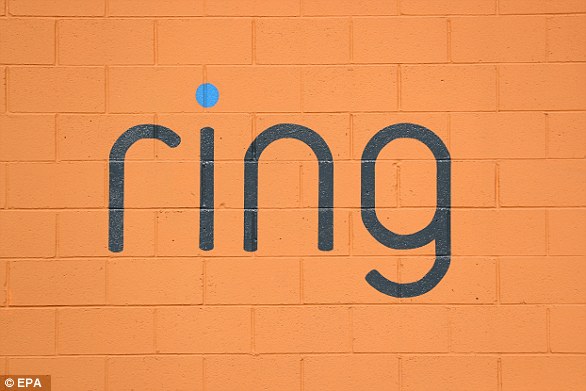 Ring's doorbell could work well with Amazon Key, which lets delivery personnel put packages inside a home to avoid theft or, in the case of fresh food, spoiling.

California-based Ring first caught the spotlight with a failed quest for funding about five years ago on reality television show Shark Tank.

Ring went on to win backing from the likes of billionaire Richard Branson and Amazon's Alexa Fund.