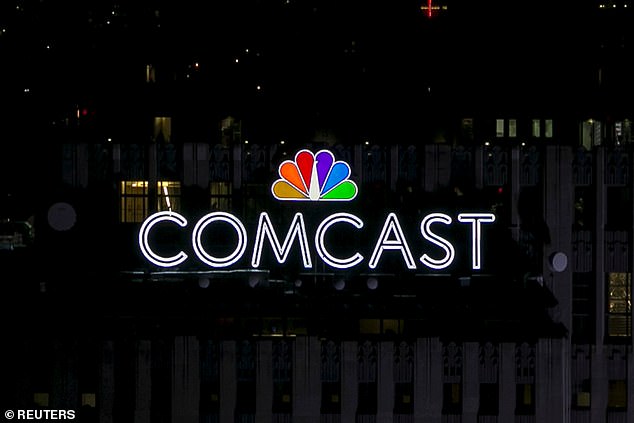 Comcast is reportedly developing a smart home speaker that monitors users health behaviors in the home.

The telecom giant started working on the device more than a year ago and could begin tests later this year, before launching it in 2020, CNBC reported, citing sources close to the situation.

It will keep track of some user behaviors like how often they're going to the bathroom or staying in bed and, in the future, it could even detect if a person has fallen.

By detecting these kinds of behaviors, it could help caregivers or doctors better ascertain if an elderly or disabled individual has an undiagnosed health condition.

Comcast is expected to target the device for seniors and people with disabilities, according to CNBC.

However, other details like pricing and a launch date aren't yet known.

The company would likely partner with health care network to launch the device, instead of releasing it through typical consumer channels.

In recent years, people in the US and around the world have grown more and more comfortable with inviting smart devices into their home.

Adoption of voice-activated speakers, smart security systems and other internet-connected devices continue to be on the rise.

But Comcast's device will be fairly limited in its capabilities.

It won't be able to carry out commands like playing YouTube videos or switching off smart lights.

Instead, it will be equipped with a voice assistant that can call 911, among other tasks, CNBC noted.

A Comcast spokesperson confirmed to Engadget that the firm is working on a health-focused smart device for the home.

The company added that it wouldn't have any other functionalities beyond health.

It comes as tech giants including Apple, Google and Amazon have begun rolling health-focused features in smart devices.

Apple, in particular, has doubled down on health with the launch of the latest Watch, which has an ECG sensor and can detect falls. 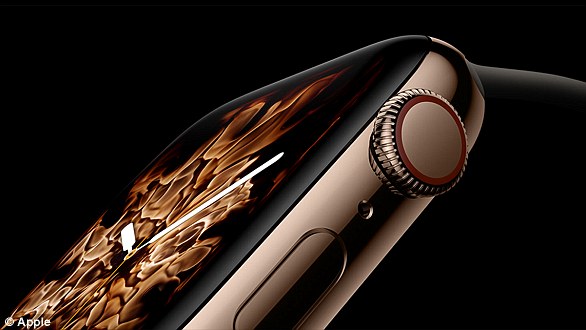 WHAT IS NEW IN THE APPLE WATCH SERIES 4?

Apple says its smartwatch range has become an indispensable part of the daily lives of millions of people across the world.

Known as Apple Watch Series 4, the company claims the new wearable has been rebuilt from the ground-up.

The digital crown, which is used to scroll through lists, has been overhauled to include haptic feedback. The LTE red dot indicator is now a small ring.

Apple says the speaker included on the Apple Watch Series 4 is now 50 per cent louder thanks to a redesign.

The Apple Watch Series 4 has a 30 per cent larger display than its predecessor, with the screen now extending to the very edge of the device.

Apple says the OLED display curves around the edge of the wearable to ensure the physical footprint did not increase too much compared to previous generations.

The Watch will be available in two sizes — 40mm and 44mm.

For comparison, the previous generation Apple Watch range was available in 38mm and 42mm variations.

The larger display on the Series 4 allows the operating system, watchOS 5, to show more information through Apple’s built-in app complications.

These have been redesigned to include more information, including photographs of favourite contacts.

Powering the Apple Watch Series 4 is the custom dual-core 64-bit processor, known as the S4, which is designed and created by Apple. This is coupled with a new GPU.

According to the company, these internal improvements result in performance that is twice as fast as previous generations.

These new sensors allow Apple to track unintentional falls for the first time.

The Apple Watch Series 4 analyses trajectory and detects when the wearer brings up their arms to protect themselves during a fall, surfacing a shortcut to quickly allow people to call for help.

If the smartwatch senses the wearer has been immobile for one minute, it will automatically initiate a call and send a message to your emergency contact.

Apple Watch Series 4 lets users take an ECG reading from the wrist using the new ECG app, which takes advantage of the electrodes built into the Digital Crown and new electrical heart rate sensor in the back crystal.

To take an ECG, users only need to open the app and put their fingers on the crown to take a reading. This takes around 30 seconds to complete.

It is the first ECG product to be offered to consumers over the counter.

It can classify whether the heart is beating in a normal pattern or whether there are signs of Atrial Fibrillation (AFib), a heart condition that could lead to major health complications.

All recordings, their associated classifications and any noted symptoms are stored in the Health app in a PDF that can be shared with physicians.

Despite the larger display, and thinner profile, Apple says the Series 4 has the same 18-hour battery life as its predecessor.

Apple Watch Series 4 with GPS will start from $399, with pre-orders available on Friday September 14 2018. There is a version of the smartwatch with cellular connectivity that starts from $499 for the 40mm model.

Both new smartwatches will ship on September 21 2018.

The previous version of the Watch – known as Series 3 – will still be available from Apple priced at $279, the company says.