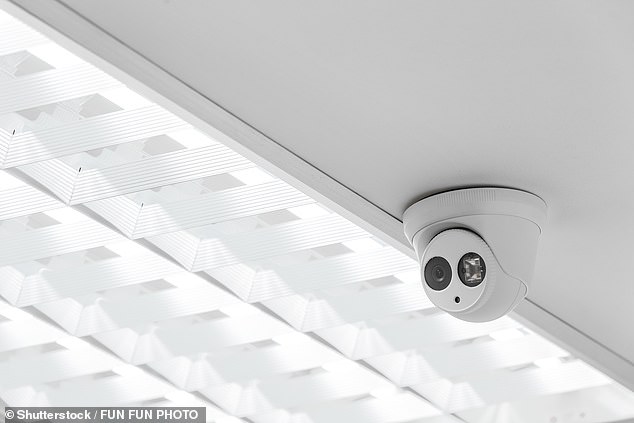 An advanced research arm of the U.S. government's intelligence community is looking to develop AI capable of tracking people across a vast surveillance network.

As reported by Nextgov, the Intelligence Advanced Research Projects Activity (IARPA) has put out a call for more information on developing an algorithm that can be trained to identify targets by visually analyzing swaths of security camera footage.

The goal, says the request, is to be able to identify and track subjects across areas as large as six miles in an effort to reconstruct crime scenes, protect military operations, and monitor critical infrastructure facilities.

To develop the technology, IARPA will collect nearly 1,000 hours of video surveillance from at least 20 camera networks and then, using that sample, test various algorithms effectiveness.

The agency's interest in AI-based surveillance technology mirrors a broader movement from governments and intelligence communities around the globe, many of whom have ramped up efforts to develop and scale systems.

Facial recognition in particular has seen a flurry of interest from law enforcement throughout the last several years.

As reported by the Washington Post, some law enforcement agencies now have the ability to use facial recognition software to assess mugshots of criminals, or in some cases even police sketches, and match those images with security footage.

In U.S. airports, facial recognition software has been particularly popular, with the Department of Homeland Security planning to roll out what it calls the 'biometric exit' in nearly all major air travel hubs across the country over the next several years. 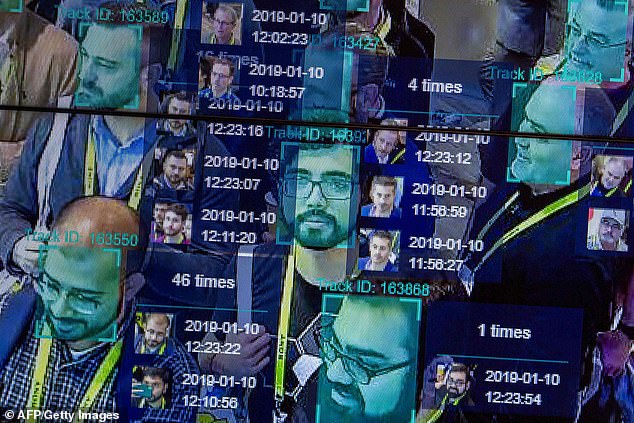 The technology would use pictures of passengers face to monitor their travel and run their face profile against national databases.

IARPA's proposed system would go a step above those facial recognition applications, however, looking to identify subjects across multiple cameras and conditions.

Perhaps the broadest known application of advanced AI surveillance has taken shape in China, where camera networks monitor hundreds of thousands of faces every day in search of suspected terrorist, many of whom happened to be of a particular ethnic minority, the Uyghurs.

In a recent report from Human Rights Watch, the organization details how the AI systems have been coupled with an Orwellian 'app' that also tracks subjects blood type, height, vehicle registration, medications, and more to deem whether or not a person is 'dangerous.'

In the report, the organization warns that technology used to monitor citizens in China could be easily exported to the rest of the world, constituting a dangerous breach of human rights and privacy.

How do Chinese police catch criminals with facial-recognition sunglasses? 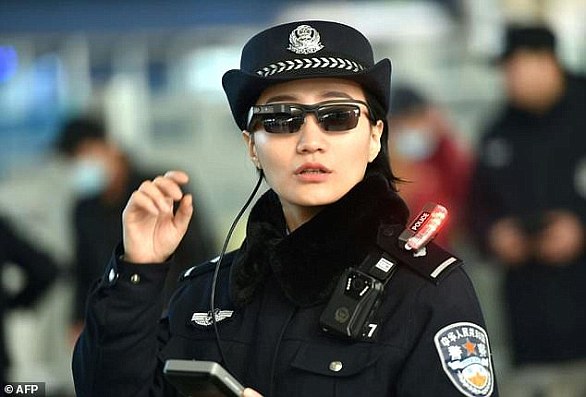 In China, the police are now wearing sunglasses equipped with facial-recognition technology to catch criminal suspects.

Transport police in Zhengzhou, central China, were given the cutting-edge gadgets in 2018 to screen passengers and spot suspects in crowds at train stations.

A camera connected to the smartphone-like shades would allow the officers to take mugshots of the individual in question and compare them to a database back at headquarters.

The system would then bring up the suspect's personal information including name, ethnicity, gender and address. All the information would be transferred back to the officer's glasses.

The glasses can also tell officers whether or not the targets are on the run from the law, the address of any hotel they are staying at and information related to their internet usage.

This is part of China's efforts to build a digital surveillance system that uses a variety of biometric data - from photos and iris scans to fingerprints - to keep close tabs on the movements of its 1.4 billion population.

The technology has since allowed police in Zhengzhou to nab seven suspects.

They were accused of crimes ranging from human trafficking to hit-and-runs.

Another 26 people were caught using fake IDs, according to the state-owned People's Daily, quoting the city's police department.

The facial recognition sunglasses system was expanded to Beijing in March as well, particularly at highway checkpoints on the city's outskirts.

The smart glasses can pick up facial features and car registration plates, and match them in real-time with a 'blacklist' of suspects, according to Reuters.

The rapid development of the technology has triggered a demand for commercial applications as well, with gyms, restaurants and even public toilets getting in on the facial recognition game.