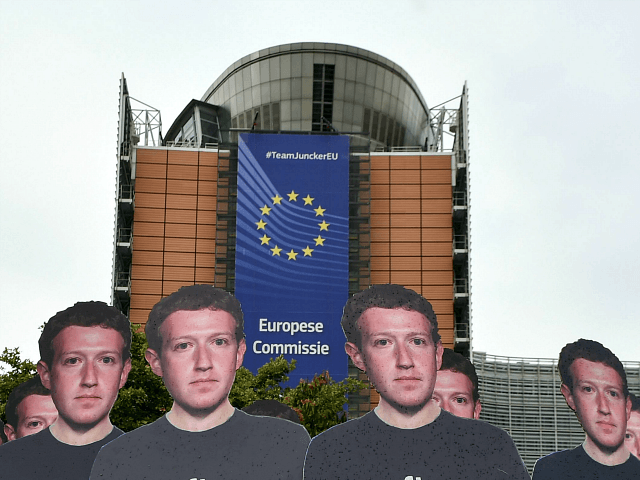 According to Italian media, the majority of the pages supported the populist parties La Lega (The League) and the 5-Star Movement (M5S) — who currently govern Italy in a temporary coalition.

Facebook has justified its dramatic move by claiming that the sites shared fake news, so-called “hate speech”, and “divisive content” regarding immigrants, vaccines, and Jewish people.

Facebook used information from a report produced by a left-progressive NGO called Avaaz, which deals with “human rights” and environmental campaigns.

“We thank Avaaz for sharing its research so we could investigate,” said a Facebook spokesperson. “We are committed to protecting the integrity of the EU elections and around the world. We have removed a series of false and duplicate accounts that violated our policies on the subject of authenticity, as well as several pages for violation of the policy on changing the name.”

“We have also taken action against some pages that have repeatedly spread misinformation. We will take further measures if we find other violations,” the spokesperson warned.

In its report, which was presented to Facebook on May 3, Avaaz said it had identified 14 Italian networks on Facebook comprising 104 pages and six groups, with a total reach of 18.2 million followers.

This week, Facebook took punitive action against 23 pages in these networks, with a total of 2.46 million followers and 2.44 million interactions over the last three months.

The technical motivation for the closing of the pages is linked to name changes: it is claimed they initially suggested themes that did not seem to allude to political parties or movements, but later changed the theme.

Among the closed pages are “We want the 5-star Movement in government”, which had 129,000 followers and almost 700,000 interactions in three months, “Beppe Grillo for President”, “Lega Salvini Sulmona” — which had 307,000 followers” — “Lega Salvini Premier Santa Teresa of Riva”, and “We Are 5 Stars.”

The most active page in support of the Lega party was among those closed, just as polls are showing that the Lega is currently the party with the most support among Italians for the upcoming elections.

Facebook’s efforts in Italy to influence the European elections are just the tip of the iceberg, Italian media noted.

According to the Italian daily La Repubblica, on May 2 Facebook opened a “war room” in Dublin devoted full time to the European electoral campaign, with 40 teams of engineers, scientists, researchers, threat specialists, and experts for each country.

There are 500 people working on the elections, with the assistance of 21 supposed “fact-checkers,” operating in 14 different languages.