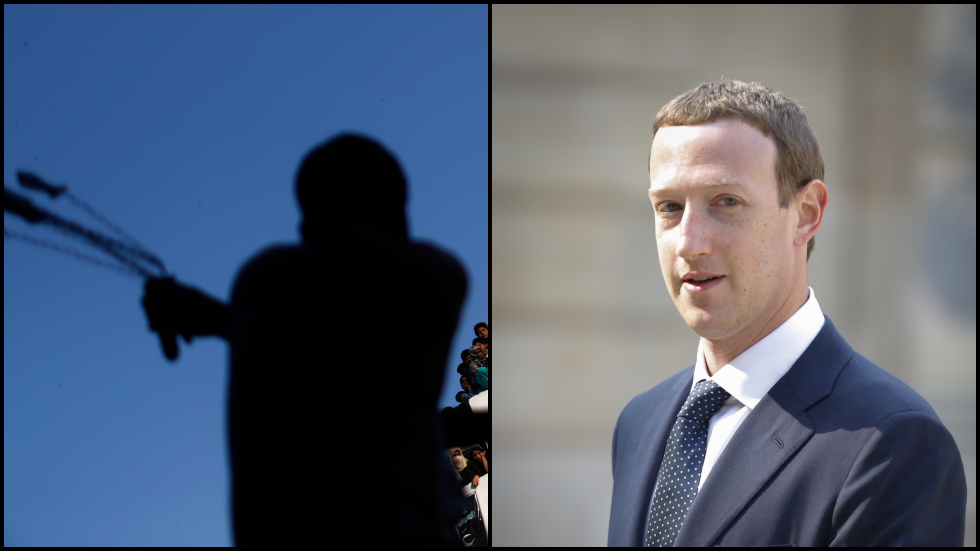 Facebook CEO Mark Zuckerberg has asked governments and regulators to tighten the screws on digital companies such as his own, and slap them with sanctions if they refuse to abide by rules on privacy, political or harmful content.

Facebook has been under immense pressure from US lawmakers to crack down on supposedly Russia-linked political ads and bots they accused of sowing discord in the run-up to the 2016 election, as well as combating hate speech and protecting the personal data of its millions of users from being harvested by third parties such as the infamous Cambridge Analytica research firm.

Zuckerberg, the founder and CEO of the scandal-ridden company, has embarked on a mission to repair its image, recently unveiling his "privacy-focused" vision. On Saturday, he took the damage control one step further, telling the government he's been a bad boy and needs to be regulated.

Governments taking up a more active role in policing the internet is a good thing, Zuckerberg wrote in an op-ed published by the Washington Post. Government control would actually somehow create more freedom, he argues, by setting up an internet-sized safe space.

"I believe we need a more active role for governments and regulators. By updating the rules for the Internet, we can preserve what's best about it — the freedom for people to express themselves and for entrepreneurs to build new things — while also protecting society from broader harms," Zuckerberg wrote.

He proposes that regulators focus on four key areas that he believes are in need of government oversight, which are "harmful content, election integrity, privacy and data portability."

Zuckerberg lamented that his company has been allowed to get away with too much control over freedom of speech, and suggested it should be somebody else's problem – somebody selected by politicians.

"Lawmakers often tell me we have too much power over speech, and frankly I agree," he wrote, adding that he believes that it should be done on their behalf by an independent body that would set the rules Facebook and others would have to follow.

Facebook and Twitter were accused of bias and censorship after they purged hundreds of alternative media pages ahead of the November 2018 midterm election. Recently, Facebook imposed a ban on any praise of "white nationalism" and "white separatism," prompting more free speech concerns.

In February, it blocked several RT-linked pages operated by a German-based company for not revealing their "ties" to Russia, a move that again drew accusations of "blatant censorship."

The CEO of the tech giant, which has reportedly been under investigation by federal prosecutors for allegedly striking 150+ illicit data-sharing partnerships, said that there should be "clear rules" set "about who's responsible for protecting information when it moves between services."

The mechanism "shouldn't require data to be stored locally, which would make it more vulnerable to unwarranted access," Zuckerberg said. "And it should establish a way to hold companies such as Facebook accountable by imposing sanctions when we make mistakes."

Speaking about the way to minimize the spread of harmful content on the platform, Zuckerberg said that regulators should "set baselines" for companies over what content is prohibited and force them to report about how they enforce these rules.

"I believe every major Internet service should do this quarterly, because it's just as important as financial reporting."

Facebook has taken hits for its handling of the New Zealand mosque shooting video, which was streamed live by the attacker. New Zealand authorities say the company was too slow in deleting the video, allowing it to spread all over the internet.

Zuckerberg's new self-punishment initiative comes as Democratic presidential hopeful Elizabeth Warren suggests breaking up monopolies like Facebook, Amazon, and Google due to the vast power they have accumulated.