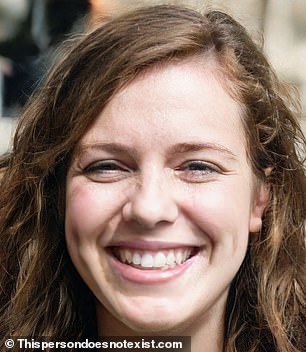 Called ThisPersonDoesNotExist.com, the results are startlingly lifelike and may make you question what's real and what isn't.

Every time a user refreshes their browser, the site spits out a randomly generated face, spanning from older men and women to even children. 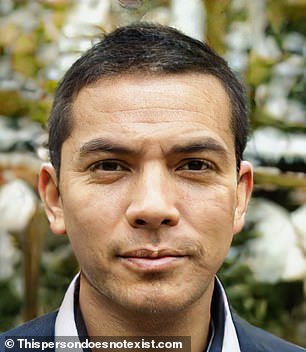 A few images may appear glitchy or blurred in some areas, but most would make you think the subject is a real human being.

GANs are able to learn from large sets of data to look for patterns and produce new data.

They supplied it with 7,000 images of human faces from Flickr. It learned by starting with low-resolution images and recognizing more and more details as the resolution of each image increases, according to Lyrn.ai.

In the case of Nvidia's algorithm, called StyleGAN, it's trained to generate random human faces, but the software is able to randomly generate any number of things, ranging from fake animals, anime characters and fonts, to even fake documents.

'Faces are most salient to our cognition so I've decided to put that specific pretrained model up,' Wang explained in a Facebook post.

'...Each time you refresh the site, the network will generate a new facial image from scratch from a 512 dimensional vector.'

In all, the process takes only a matter of seconds before a seemingly real, yet fake face appears before the viewer.

'Most people do not understand how good AIs will be at synthesizing images in the future,' Wang told Motherboard.

A video explains in further detail how Nvidia's StyleGAN is able to generate fake human faces on demand.

'Our generator thinks of an image as a collection of "styles," where each style controls the effects at a particular scale,' Nvidia researchers explained.

These three categories include coarse styles, or the subject's pose, hair and face shape; middle styles, or their facial features and eyes; as well as fine styles, which includes the color scheme.

'We can choose the strength to which each style is applied, with respect to an "average face,"' the researchers said.

'By selecting the strength appropriately, we can get good images out every time (with slightly reduced variation.)'

While ThisPersonDoesNotExist.com and Nvidia's research showcase the impressive abilities of AI, they also undoubtedly raise questions about the tech's possible implications. 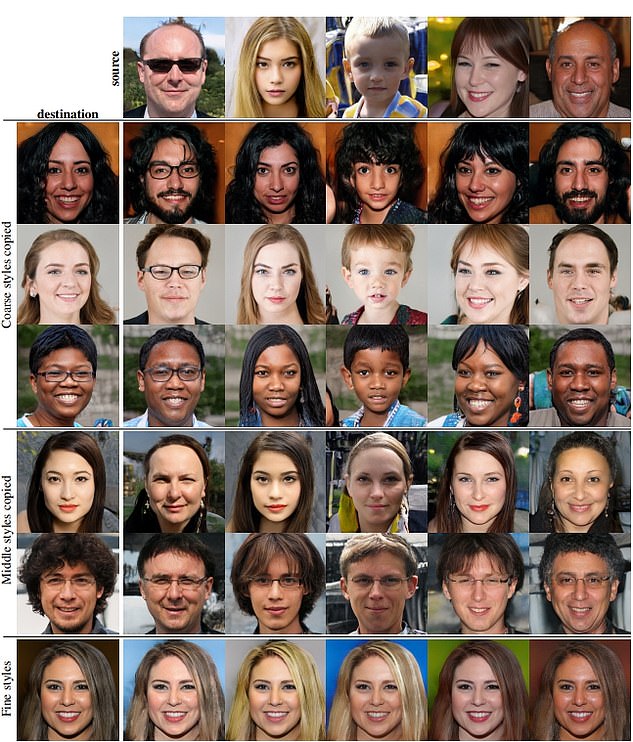 'The idea that someone could put another person's face on an individual's body, that would be like a homerun for anyone who wants to interfere in a political process,' Virginia senator Mark Warner, who has led a crackdown on political ads on social media platforms, told CBS.

'This is now going to be the new reality, surely by 2020, but potentially as early as this year,' he added.

Back in December, it was discovered that Reddit users were creating fake pornography using celebrity faces pasted on to adult film actresses' bodies.

The disturbing videos, created by Reddit user deepfakes, look strikingly real as a result of a sophisticated machine learning algorithm, which uses photographs to create human masks that are then overlaid on top of adult film footage.

The video, created by Reddit user deepfakes, features a woman who takes on the rough likeness of Gadot, with the actor’s face overlaid on another person’s head. A clip from the video is shown

As all of this is freely available information, it could be done without that person's consent.

And, as Motherboard notes, people today are constantly uploading photos of themselves to various social media platforms, meaning someone could use such a technique to harass someone they know.