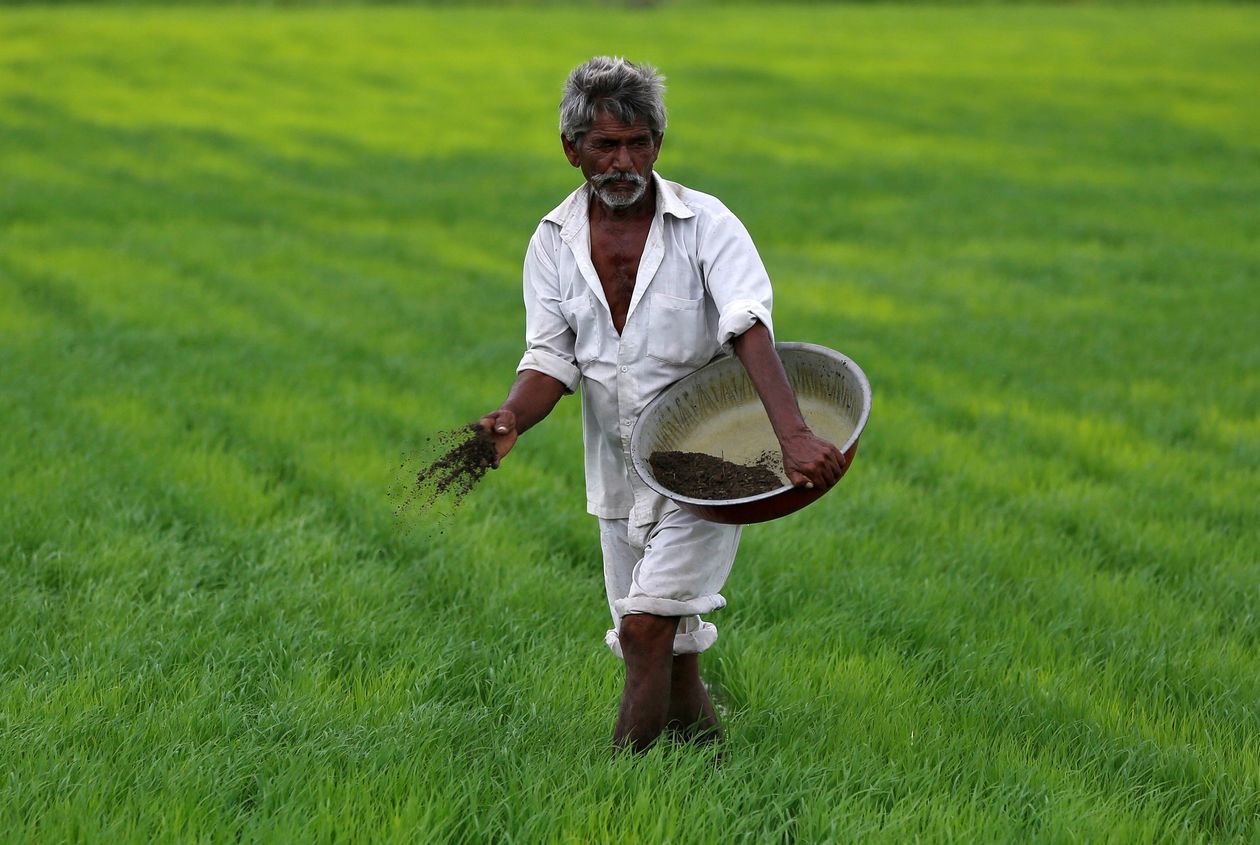 NEW DELHI—India unveiled huge handouts for farmers, setting the stage for an election-year spending spree, a possible prelude to implementing a universal basic income in an effort to deal with widespread poverty.

India’s budget for the year starting April 1, which was released Friday, doubled the income at which people have to start paying taxes, while promising payouts to help small farmers. The moves are aimed at shoring up support for Prime Minister Narendra Modi’s party, which hopes to retain control of the world’s largest democracy in elections scheduled to start before May. They could also trigger a bidding war for support at the ballot box.

The planned spending, along with previous handouts, forced the country to miss its fiscal deficit target. It was supposed to hit 3.3% of gross domestic product in the year ending March, but instead will rise to 3.4% of GDP. Next year’s target is also 3.4%, rather than around 3.1%, where it would have been without all the farm aid, said interim Finance Minister Piyush Goyal.

“We are moving towards realizing a new India,” Mr. Goyal said. “An India which is clean and healthy, where everybody would have a house with universal access to toilets, water and electricity, where farmers’ income would have doubled.”

Under the new program, the government will pay any farming family with less than 2 hectares—around 5 acres—of land 6,000 rupees a year, directly into their bank accounts. While the dollar equivalent of around $84 may not seem like much, in India, where the rural poor often make less than a dollar a day, it is enough for some to live above the poverty line.

Around 120 million farming families will benefit from the program, which would cost around $10.5 billion a year, Mr. Goyal said, as members of parliament pounded on their desks and yelled, “hail the farmer!”

Opposition leader Rahul Gandhi, president of the Congress party, may have been trying to beat Mr. Modi’s Bharatiya Janata Party to the punch this week when he tweeted about a new income-support program that would be part his party’s platform.

“We cannot build a new India while millions of our brothers & sisters suffer the scourge of poverty,” he tweeted on Wednesday. “If voted to power in 2019, the Congress is committed to a Minimum Income Guarantee for every poor person, to help eradicate poverty & hunger.”

While details of how both programs would be implemented haven’t been released, they appear to be test versions of universal basic income plans, which are being debated around the world right now.

Universal basic income—regular government payments to everyone that provide enough income to cover basic need—is an idea that has been around for decades and some countries, including Canada and Finland, have experimented with it, as well as some states in India.

The idea is to hand cash to everyone, or a specific subset of citizens, instead of relying on traditional welfare programs. India’s current efforts to help the poor depend largely on subsidies for food, fuel, fertilizer and other essentials. Monitoring the massive programs is expensive and much of the money spent on them doesn’t reach those most in need.

Universal basic income programs are supposed to circumvent the difficult task of figuring out which people are most deserving of government handouts. Paying directly into citizens’ bank accounts is supposed to stop corrupt middlemen and bureaucrats from pocketing the perk.

As the election campaigns start to ramp up across the country, analysts expect more and larger pledges of these types of programs.

“This has now become an issue of when, not if,” India will roll out some type of universal basic income, said Milan Vaishnav, director and senior fellow of the South Asia Program at the Carnegie Endowment for International Peace. “I expect a UBI for India to be one of the signature issues of the 2019 general election campaign.”

An Indian government paper in 2017 sparked discussion about the issue by suggesting India could eventually benefit from such a program if it were allowed to replace its many subsidies and other handouts.

“A universal Basic Income may simply be the fastest way of reducing poverty,” the discussion paper, which came out in Jan. 2017, said. “UBI is also, paradoxically, more feasible in a country like India where it can be pegged at relatively low levels of income but still yield immense welfare gains,” the report said.

For real impact, the program likely would need to be significantly bigger than what was proposed on Friday. In the 2017 paper, government economists calculated that to provide an income of just above $100 a year to around 75% of Indians would be enough to slash India’s poverty levels to less than 1% from more than 15% today.

The government economists estimated that the program would cost almost 5% of GDP, but found the cost could be partially offset by ending some government handouts and subsidies.