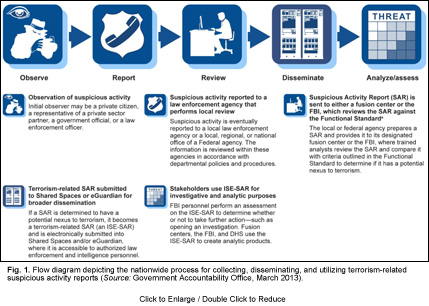 Day by day, year by year our justice system proves the Constitution has essentially become worthless.

Two days ago, the Ninth Circuit Court of Appeals in California ruled that police do not need a reason to place a person on the Suspicious Person List.

According to the ruling, Americans can be considered suspicious for doing things like taking pictures of public art, buying a computer, practicing their religion, etc. 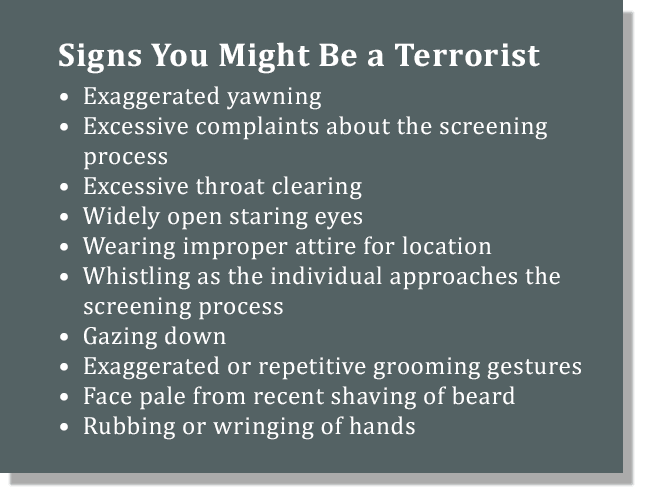 "Private guards prevented Prigoff, a professional photographer, from taking photographs of a work of public art near Boston, an incident that resulted in the creation of multiple SARs. The FBI then visited Prigoff’s home and questioned a neighbor about him.”(Click here to see how police are taking DNA samples of suspicious people.)

"The Functional Standard is similar to the Food & Drug Administration’s policy guide at issue in Professionals and Patients for Customized Care. The FDA promulgated a policy utilizing nine factors to help the agency determine whether to initiate an enforcement action against a pharmacy engaged in drug manufacturing.

"The Fifth Circuit noted that although the nine factors assisted the FDA in identifying pharmacies engaged in the manufacture of  drugs, the ultimate  decision whether to bring an enforcement action remained with the agency. Likewise, the Functional Standard aids agencies in determining whether an individual is engaged in suspicious activity, but the final decision to disseminate an SAR rests in the analyst’s discretion."

What does that mean to the average American?

It means that you, your family, friends or neighbors could be labeled a "suspicious person" based on the whims of local police and a DHS officer.

No one know really knows what factors law enforcement uses in determining if a person should be put on an SAR list. But we do know that the Ninth Circuit ruled that law enforcement does not need to have "reasonable suspicion" to put Americans on a Suspicious Person List.

“We will . . . uphold a decision of less than ideal clarity if the agency’s path may reasonably be discerned.” Motor Vehicle, 463 U.S. at 43. From the outset, the ISE has consistently pronounced that an ISE-SAR need not meet the reasonable suspicion standard in order to expand the base of information gathered.

Welcome to America, a nation of paranoid police ready to brand you and your family suspicious for any reason.