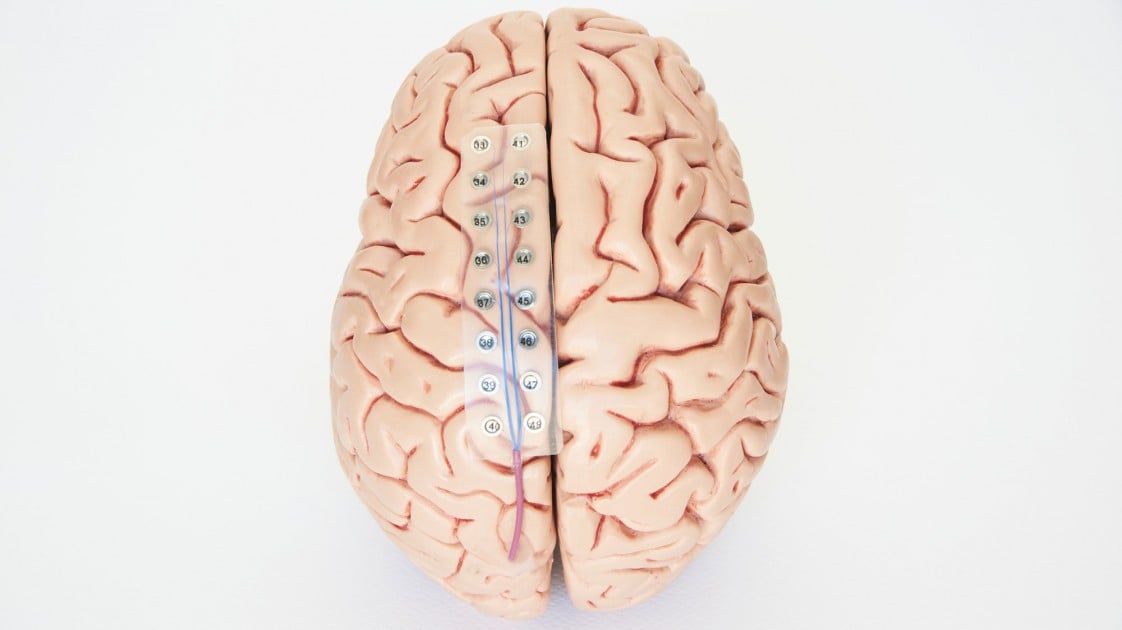 Neural networks have been used to turn words that a human has heard into intelligible, recognizable speech. It could be a step toward technology that can one day decode people’s thoughts.

A challenge: Thanks to fMRI scanning, we’ve known for decades that when people speak, or hear others, it activates specific parts of their brain. However, it’s proved hugely challenging to translate thoughts into words. A team from Columbia University has developed a system that combines deep learning with a speech synthesizer to do just that.

The study: The team temporarily placed electrodes in the brains of five people scheduled to have brain surgery for epilepsy. (People who have this procedure often have implants fitted to learn more about their seizures.) The volunteers were asked to listen to recordings of sentences, and their brain activity was used to train deep-learning-based speech recognition software. Then they listened to 40 numbers being spoken. The AI tried to decode what they had heard on the basis of their brain activity—and then spoke the results out loud in a robotic voice. What the voice synthesizer produced was understandable as the right word 75% of the time, according to volunteers who listened to it. The results were published in Scientific Reports today (and you can listen to the recordings here.)

The aim? At the moment the technology can only reproduce words that these five patients have heard—and it wouldn't work on anyone else. But there is the hope that technology like this could one day let people who have been paralyzed communicate with their family and friends, despite losing the ability to speak.

Summary: In a scientific first, neuroengineers have created a system that translates thought into intelligible, recognizable speech. This breakthrough, which harnesses the power of speech synthesizers and artificial intelligence, could lead to new ways for computers to communicate directly with the brain.

In a scientific first, Columbia neuroengineers have created a system that translates thought into intelligible, recognizable speech. By monitoring someone's brain activity, the technology can reconstruct the words a person hears with unprecedented clarity. This breakthrough, which harnesses the power of speech synthesizers and artificial intelligence, could lead to new ways for computers to communicate directly with the brain. It also lays the groundwork for helping people who cannot speak, such as those living with as amyotrophic lateral sclerosis (ALS) or recovering from stroke, regain their ability to communicate with the outside world.

These findings were published today in Scientific Reports.

"Our voices help connect us to our friends, family and the world around us, which is why losing the power of one's voice due to injury or disease is so devastating," said Nima Mesgarani, PhD, the paper's senior author and a principal investigator at Columbia University's Mortimer B. Zuckerman Mind Brain Behavior Institute. "With today's study, we have a potential way to restore that power. We've shown that, with the right technology, these people's thoughts could be decoded and understood by any listener."

Decades of research has shown that when people speak -- or even imagine speaking -- telltale patterns of activity appear in their brain. Distinct (but recognizable) pattern of signals also emerge when we listen to someone speak, or imagine listening. Experts, trying to record and decode these patterns, see a future in which thoughts need not remain hidden inside the brain -- but instead could be translated into verbal speech at will.

But accomplishing this feat has proven challenging. Early efforts to decode brain signals by Dr. Mesgarani and others focused on simple computer models that analyzed spectrograms, which are visual representations of sound frequencies.

But because this approach has failed to produce anything resembling intelligible speech, Dr. Mesgarani's team turned instead to a vocoder, a computer algorithm that can synthesize speech after being trained on recordings of people talking.

"This is the same technology used by Amazon Echo and Apple Siri to give verbal responses to our questions," said Dr. Mesgarani, who is also an associate professor of electrical engineering at Columbia's Fu Foundation School of Engineering and Applied Science.

To teach the vocoder to interpret to brain activity, Dr. Mesgarani teamed up with Ashesh Dinesh Mehta, MD, PhD, a neurosurgeon at Northwell Health Physician Partners Neuroscience Institute and co-author of today's paper. Dr. Mehta treats epilepsy patients, some of whom must undergo regular surgeries.

Next, the researchers asked those same patients to listen to speakers reciting digits between 0 to 9, while recording brain signals that could then be run through the vocoder. The sound produced by the vocoder in response to those signals was analyzed and cleaned up by neural networks, a type of artificial intelligence that mimics the structure of neurons in the biological brain.

The end result was a robotic-sounding voice reciting a sequence of numbers. To test the accuracy of the recording, Dr. Mesgarani and his team tasked individuals to listen to the recording and report what they heard.

"We found that people could understand and repeat the sounds about 75% of the time, which is well above and beyond any previous attempts," said Dr. Mesgarani. The improvement in intelligibility was especially evident when comparing the new recordings to the earlier, spectrogram-based attempts. "The sensitive vocoder and powerful neural networks represented the sounds the patients had originally listened to with surprising accuracy."

Dr. Mesgarani and his team plan to test more complicated words and sentences next, and they want to run the same tests on brain signals emitted when a person speaks or imagines speaking. Ultimately, they hope their system could be part of an implant, similar to those worn by some epilepsy patients, that translates the wearer's thoughts directly into words.

"In this scenario, if the wearer thinks 'I need a glass of water,' our system could take the brain signals generated by that thought, and turn them into synthesized, verbal speech," said Dr. Mesgarani. "This would be a game changer. It would give anyone who has lost their ability to speak, whether through injury or disease, the renewed chance to connect to the world around them."

Materials provided by The Zuckerman Institute at Columbia University. Note: Content may be edited for style and length.