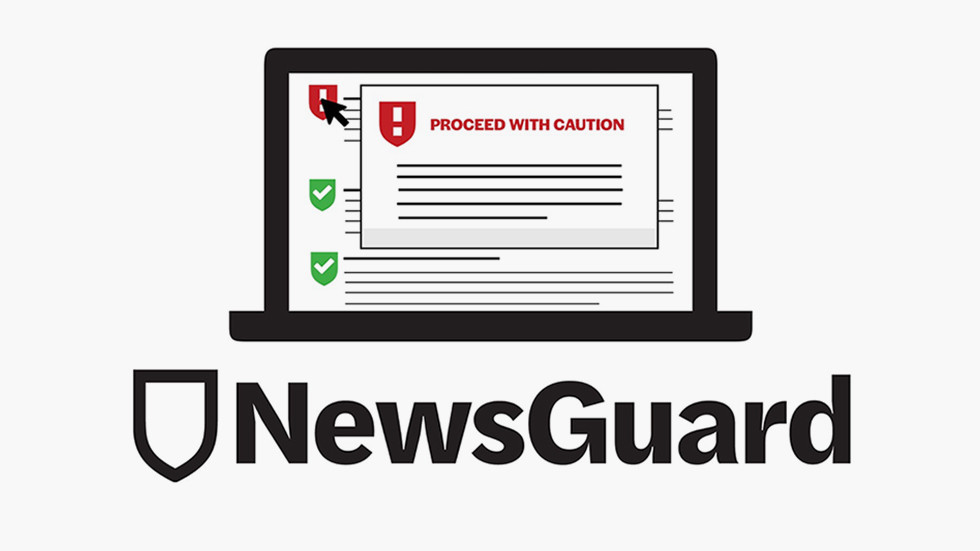 Corporate and neocon-backed startup NewsGuard is one step closer to its vision of bringing its “unreliable” news rater to every screen after Microsoft makes it an integral part of its Edge mobile browser.

Rather than having to download an app as before, Edge users on Android and Apple devices can now just click one button to enable its “green-red rating signal if a website is trying to get it right or instead has a hidden agenda or knowingly publishes falsehoods or propaganda.”

Among the green-rated websites: Voice of America, CNN, Buzzfeed, the Guardian, New York Times and the Washington Post, as well as left-leaning upstarts such as Vice News and Refinery 29. Ones that are given the red warning label of “failing to maintain basic standards of accuracy and accountability”: RT and Sputnik (obviously enough) and the right-wing Daily Mail, Breitbart and the Drudge Report, in addition to hundreds of other non-mainstream news websites such as Wikileaks.' 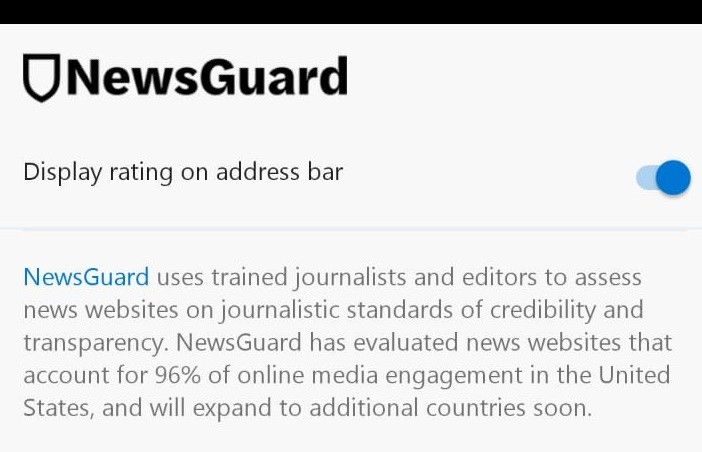 Not only does the integration ensure that NewsGuard is present on every browser, and is easier to use than to ignore, but by making it a fundamental Microsoft-provided feature, the company gives it inherent level of trustworthiness, something akin to a bundled anti-virus feature, only this time the virus targets your brain, not your phone or iPad.

None of this is the slightest bit alarming if you believe that NewsGuard is an absolutely fair arbiter of what constitutes real news or propaganda.

Its pride of place is its “Nutrition Labels” which ape the precision of a list of calories, carbs, and saturated fats to give a supposedly scientific assessment of media reliability on nine different criteria. Among them: doesn’t repeatedly publish false content, avoids deceptive headlines, gathers and presents information responsibly, handles the difference between news and opinion responsibly. 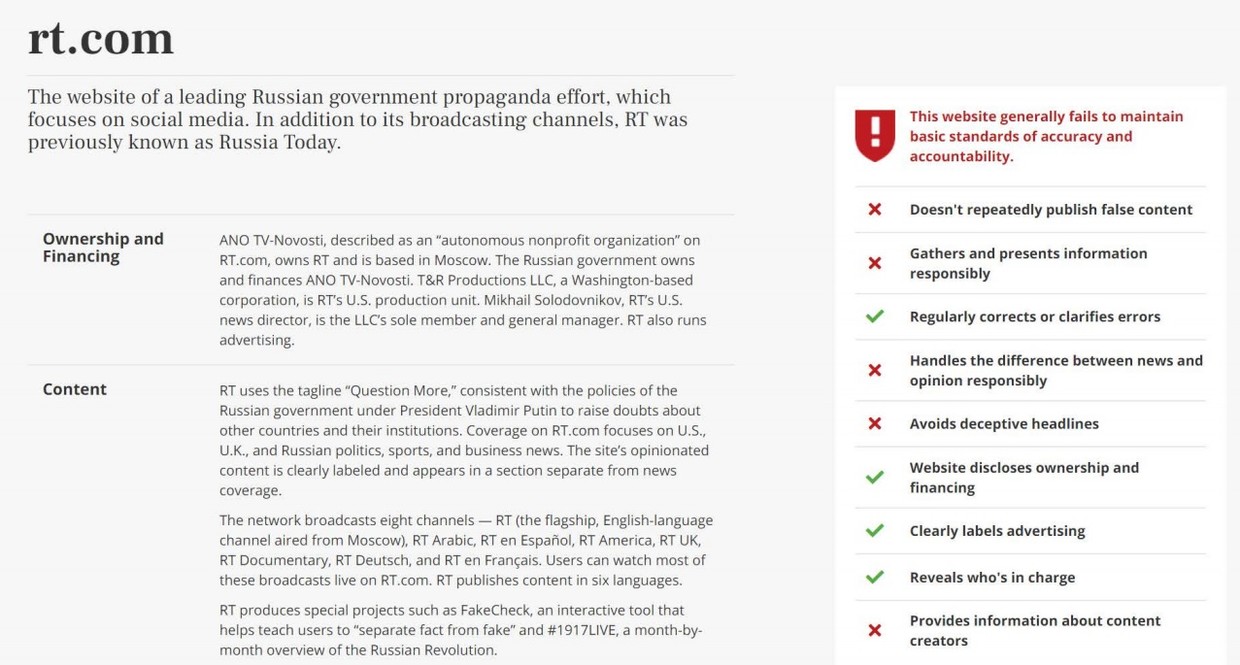 The green-listed media outlets above apparently do not ever engage in these practices, or at least not knowingly. So CNN never misleads with its headlines, the Guardian never dresses up its agendas as news, and Buzzfeed stories are always accurate. One literally doesn’t have to go back three days to find dozens of examples to the contrary, but this would be too mind-numbingly pedantic a task.

Even regular readers of the green-tick media must be able to see these are judgment calls. What is even “presenting information responsibly”?

Perhaps realizing that their pseudo-scientific fancy diagram is insufficient, NewsGuard has stressed that they are not using shadowy methods like tech companies and are open to two-way communication.

“We want people to game our system. We are totally transparent. We are not an algorithm,” company co-founder Steve Brill told the Guardian.

This is how he explained the Daily Mail red warning.

“We spell out fairly clearly in the label exactly how many times we have attempted to contact them. The analyst that wrote this writeup got someone on the phone who, as soon he heard who she was and where she was calling from, hung up. As of now, we would love to hear if they have a complaint or if they change anything.”

On the other hand, RT did answer NewsGuard’s queries in detail. You can guess how much difference that made.

From anthrax scares to Russia fears

But who are these people that the Daily Mail or RT have to impress and why?

Brill himself is a veteran centrist journalist and author, his co-CEO Gordon Crovitz is a former Wall Street Journal columnist. After Brill, its second-biggest investor, along with his father, is Nick Penniman, the liberal publisher, and the third-biggest is Publicis Group, a multinational advertising agency.

Meanwhile, its advisory board includes Tom Ridge, the first-ever Homeland Security chief, and developer of another famous color-coded system, the terror alert, and Michael Hayden, the CIA director, also under George W. Bush. There are also several Obama and Clinton-era figures. 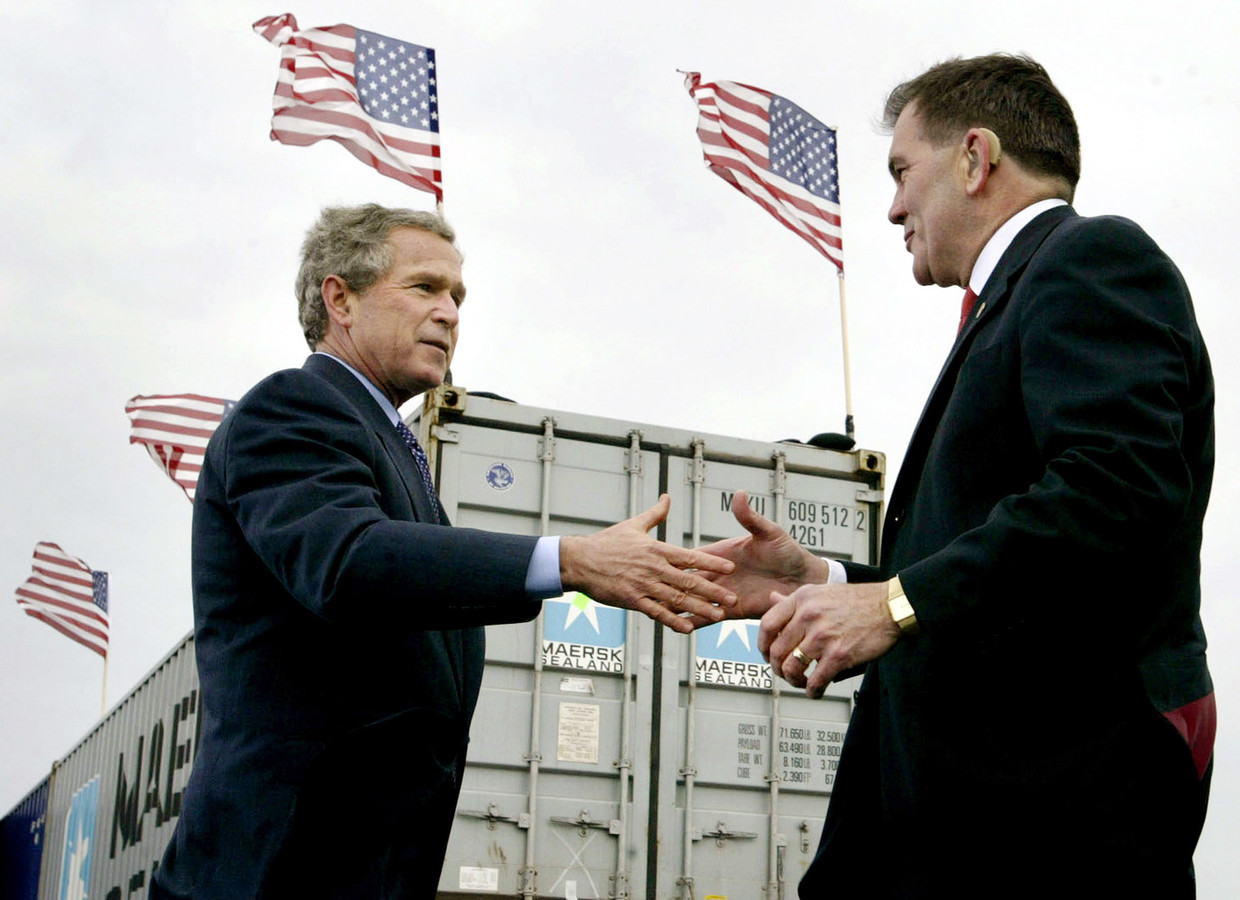 They may all be experts in their fields, but if you believe that these are selfless neutral adjudicators you are probably beyond being helped by color charts. And this is not some one-off initiative either: NewsGuard is part of Microsoft’s Defending Democracy program, which combats purported election meddling, presumably primarily from Russia. The frontline of the information war is not customarily the place for impartial news judgment.

But I wasn’t an Edge user…

However much respectability NewsGuard enjoys through Microsoft, Edge has a laughably small – a fraction of a percent – market share on mobiles. In practical terms, even an increase of popularity of several thousand percent will only mean several thousand new users, and other browsers are available.

This would be that, if not for newsGuard’s self-proclaimed ambition “to expand to serve the billions of people globally who get news online.” This is just a beginning: there is an overarching plan where all public computers, from the school to the university to the library, are automatically equipped with the same “safe browsing” system.

And rather than as an individual warning, NewsGuard plans to make its designations work as an effective financial tool. The company, which has received $6 million in backing, also plans to soon work with advertisers, “keeping ads off unreliable news websites” to ensure “brand safety.” Fall foul of the green ticks, no money for you. Advertising managers are already demonetizing programs with alternative or controversial viewpoints elsewhere, and soon the process can be automated, and Brill is boasting that he is “happy to be blamed” – doing the dirty work for the platforms. No wonder alternative outlets in the US are openly opposed.

So, just like the use of NewsGuard in all public libraries in the faraway state of Hawaii (no money charged), it is best to look at the Edge integration as more of a test, a pilot project, a dry run. Latching NewsGuard onto a popular browser like Chrome, or a social network like Facebook, would stir tremors of public debate, as it has done in the past when similar initiatives have been tried. Instead, first they came for the Edge users.

Microsoft has just unveiled its plans to partner up with NewsGuard, a “startup” company bent on censoring the world wide web, disguised as an app that helps users weed out “fake news.” Now, instead of being an app that users can choose to download, Microsoft will be incorporating the technology as an integrated feature of their mobile web browser, Edge. If you use your cellphone to surf the web, Edge might not be the best choice — unless you enjoy being spoon-fed leftist propaganda by a neocon corporation that is tied to Monsanto.

As if the blatant censorship of conservatives across social media wasn’t bad enough, Microsoft and NewsGuard are now conspiring to suppress all kinds of information, ranging from conservative news organizations to scientific literature exposing the dangers of GMOs.

As sources report, the censorship software NewsGuard will soon be a key element of Microsoft’s mobile web browser, Edge. Instead of having to download an app, users will simply have to click a button to enable the rating system. The system is described as a “green-red rating signal if a website is trying to get it right or instead has a hidden agenda or knowingly publishes falsehoods or propaganda.”

Under this system, a select few people are tasked with deciding what is true, and what is false. The people who run NewsGuard, who have elected themselves to be the arbiters of truth, now decide which news organizations are pushing a secret agenda, and which ones aren’t — at least, if you’re using Edge.

Microsoft’s integration ensures NewsGuard is present on every browser, and sources say that it is designed to be easier to use than to turn off. Critics also say that by incorporating NewsGuard as a special feature, Microsoft is essentially branding the software with their seal of approval — perhaps, in order to make the product seem more trustworthy.

According to reports, some of the news organizations NewsGuard rates as “green”or “reliable” include CNN, Buzzfeed, New York Times and the Washington Post, along with Vice News and Refinery 29.

Conversely, sites that are ranked “red,” or as purveyors of fake news, include Breitbart, Drudge Report and Daily Mail.

Steve Brill, a NewsGuard co-founder, told The Guardian that Daily Mail received a “fake news” rating purely because an associate at the Mail hung up on them.

“We spell out fairly clearly in the label exactly how many times we have attempted to contact them. The analyst that wrote this write-up got someone on the phone who, as soon he heard who she was and where she was calling from, hung up. We would love to hear if they have a complaint or if they change anything,” Brill stated.

Censoring truth at every corner

NewsGuard has no legal authority to actually question anyone — let alone label them as trustworthy or untrustworthy. Don’t want to play ball with the corrupt left-wing’s agenda? They’ll brand you with a scarlet letter anyways.

The censorship isn’t going to stop with political ideologies, either. Anyone who reports or publishes information that contradicts the scientific dogma overtaking society regarding vaccines, GMOs, geoengineering and other “high-stakes” topics is in danger of being flagged as “fake news.”

As Natural News writer S.D. Wells recently reported, one of NewsGuard’s co-founders and top investors, Gordon Crovitz, was also “the editor and contributor to books published by the Monsanto-front-group called American Enterprise Institute.”

Many of NewsGuard’s top investors and contributors have ties to the fake news media, the Clinton campaign, or other parts of the leftist deep state. This is a covert attempt at not only quashing free speech, but suppressing access to truth.

See more coverage of the latest attacks on the First Amendment and more at Liberty.news.

Sources for this article include: