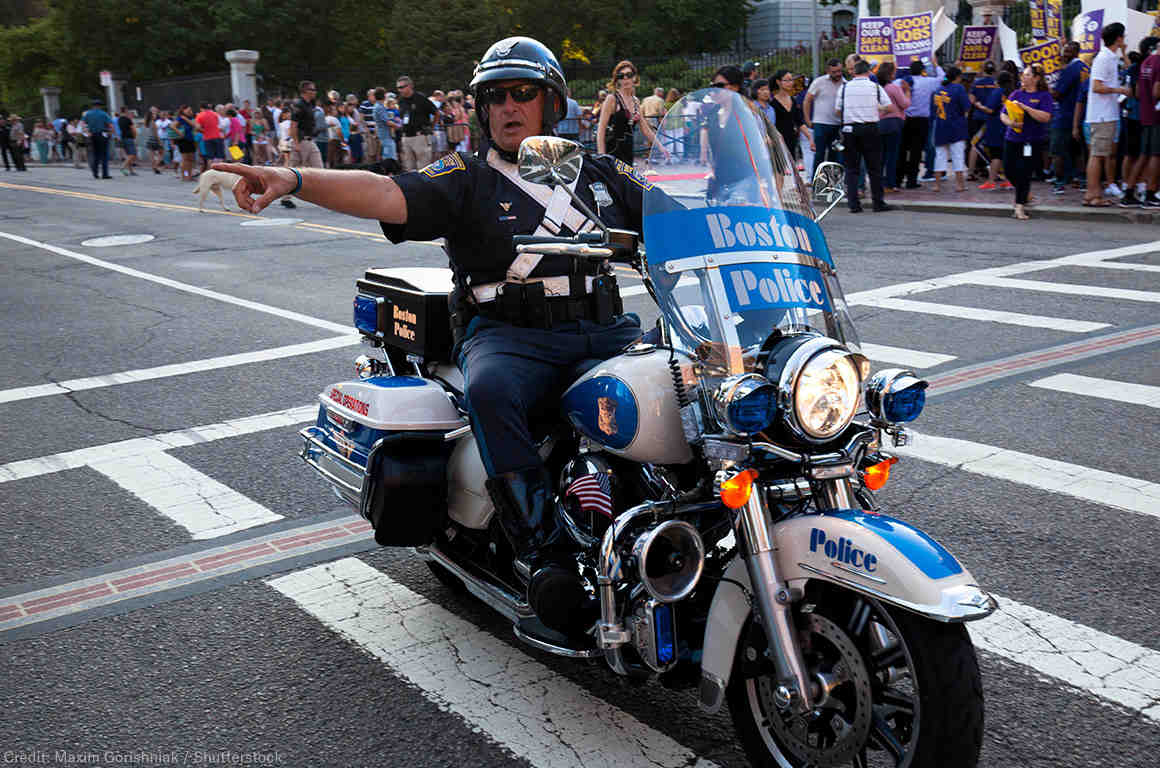 The Chinese government uses a number of measures to keep tabs on citizens. One is what's known as a "citizen score" -- a compilation of all the good/bad habits the government can track that determines whether a person should be viewed as a contributor to society or someone the government should take out of circulation.

We do the same thing here in the US. Credit scores determine who gets to live where and what vehicle they can own. It also can affect employment opportunities. This version of a "citizen score" is compiled by private parties who have access to information Americans are given no choice in relinquishing.

But the government also uses point-based systems to determine what kind of citizen you are: one of the good OK guys or possible a menace II to society. The ACLU is currently suing the Boston Police Department over its ad hoc "citizen score." The BPD adds and subtracts points to add and (possibly?) subtract people from its "gang database." Things citizens actively do -- and even things they passively don't -- can put them on this watchlist.

The point system makes it possible to designate someone a Gang Associate or Gang Member without any allegation that he engaged in violence or criminal activity.

An individual may be assessed eight points for being the victim of gang-related violence.

Yes, you read that right: Boston residents magically become "Gang Associates" if they're shot at by gang members. Or carjacked. Or mugged. If this happens twice, it appears they'll be upgraded to "Gang Member" thanks to their inability to avoid being victimized by gang members.

There's more to the list -- things that assure plenty of other non-gang members will be treated like gang members by cops relying on this ridiculously-compiled database.

An individual may be assessed four points for each instance in which a police report describes him to have been "[w]alking, eating, recreating, communicating, or otherwise associating with" a gang member; for making a hand gesture believed to be a gang sign; and for wearing clothing that police deem to be gang-related.

Going to school that gang members attend: that's going to cost you. Being even distantly related to gang members? That's a few points.

If it wasn't all ridiculous enough already, here's the best part: cops can use calling a person a gang member to rack up points on the gangland score.

Other factors the BPD considers are circular. For example, an individual may be assessed eight points if another law enforcement agency determines he is a gang member, without regard to the evidence or criteria used, or nine points for being in possession of court or "investigative documents" that label him a gang member.

If a Boston resident is served with a summons from another law enforcement agency and it happens to say something about "suspected gang member" on them, that's nine points: "Gang Associate." If the documents say this designation was based on some sort of mystery database, that's 17 points and the full "Gang Member" designation with points to spare.

The ACLU's lawsuit is seeking a decision forcing the BPD to turn over documents on its gang database so the citizens affected by it can see what's being used to treat them as criminals, even when they haven't officially been accused of anything. As the suit notes, these designations -- based on bad/circular reasoning -- routinely ensnare people who've never been arrested, much less suspected of criminal activity. And yet, there they are, listed as associates or gang members in a database police officers have access to when making stops.

Just getting dressed in the morning is enough to turn someone's life upside down. The lawsuit points out the BPD has designated things like Chicago Bulls caps and Nike sneakers to be "gang apparel." Officers routinely surveil youths at parks, schools, and recreation centers -- places they're sure to see people wearing NBA merchandise and Nike shoes. And, because gang members are also human beings, they'll frequent public places to use those facilities, putting everyone else in the same location in danger of being deemed "gang associates."

The problems aren't just local. ICE has access to the BPD's database and makes deportation decisions based on this extremely faulty info.

The lawsuit pits the ACLU against the state with the most public-unfriendly public records laws in the nation. Overcoming the dozens of exemptions the BPD can use isn't going to be easy. Hopefully, though, the court will see the public interest outweighs the built-in excuses provided by the state's terrible laws and force the department to turn over the requested documents.