Google has released its artificial intelligence chat agent, Duplex into the wider world despite initial criticism over the technology.

Google has expanded the remit of the chat agent, which can arrange appointments over the phone from a 'small set of trusted users', to a 'small group' of Google Pixel phone owners, who are able to use the service in order to secure restaurant reservations in 'select cities'.

Other users can still access the app, but only 'trusted' testers are able to use the full system.

If you're not in the group it is likely you will get an error message which says: 'Sorry, I can't call to make reservations for you yet, but here's their phone number.'

A spokesperson from Google had confirmed the update to VentureBeat, but clarified that the technology is not what was debuted at the company's conference in May.

Google Assistant can only place calls in English, however it is no longer limited to businesses with which Google has explicitly partnered.

'We're currently ramping up the ability to book restaurant reservations through the Google Assistant over the phone using Duplex technology.

'To help deliver a good experience to Pixel users and to businesses, we're starting with a slow rollout … and will expand to more Pixel users as we continue to ramp up.'

When Google first introduced its phone-calling digital concierge in May, some thought it sounded too human, while others worried that it would secretly record calls with people. 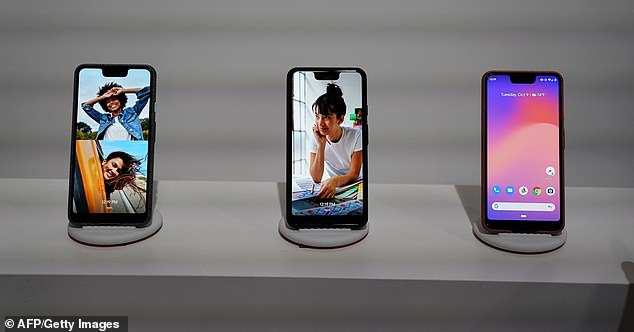 The AI's first demonstration at a Google Developer conference prompted a massive backlash against the technology.

In October the firm pledged to address the concerns and to implement changes.

'Pixel users in the U.S. will also be the first to get access to an experimental new Google Assistant feature, powered by Duplex technology, which helps users complete real-world tasks over the phone, like calling a restaurant to book a table,' the firm said at the unveiling of its Pixel 3 handset in October.

'This feature will initially be available later this year in New York, Atlanta, Phoenix and the San Francisco Bay Area to help people book restaurant reservations and will roll out to other U.S. cities in the future, Google said.

However, it admitted it had dramatically redesigned the system following the earlier backlash.

'As we develop new calling technologies, we believe it's critical that we help people understand the context of the conversation,'

'We'll disclose to businesses receiving the call that they're speaking to an automated system, and we have developed controls to protect against spam and abuse, as well as the ability for a business to opt out of receiving calls.'

Google previously said human operators will be standing by as backup should a call go off the rails.

The technology was first unveiled in May and the firm later face backlash as it had been accused of faking the presentation it delivered to investors.

During the demo, Google CEO Sundar Pichai said: 'What you're going to hear is the Google Assistant actually calling a real salon to schedule an appointment for you.'

Duplex seemingly put on such a good impression of a human that the person it called failed to notice they were speaking to a robot.

The creepy demo made headlines across the world, but reports suggested that Google faked the phone call and misled viewers and investors.

WHAT IS GOOGLE DUPLEX?

Duplex is a new tool from Google that aims to use Artificial intelligence (AI) to 'accomplish real-world tasks over the phone', according to Google.

It uses Google Assistant to call up businesses and make appointments or book tables for you using a convincing, human-like voice.

Little is known about the technology or how it works beyond a brief demo at Google's 2018 developer conference in May.

During the demo, Google Assistant dialled up a local hair salon to schedule an appointment.

It sounded like any other women talking, but one half of the conversation was held by Google's AI-infused digital assistant.

Google Assistant worked out a time and date for the appointment, even when the salon employee said they were fully booked at the time the Assistant requested.

The Assistant replied 'Mhm' in a natural, believable way when the employee asked her to wait a moment.

Duplex, which CEO Sundar Pichai said the firm had been working on 'for many years', is still in the early stages of development.

The firm has yet to decide how it plans to release the technology.