Google may soon tell you which restaurants could give you food poisoning.

The tech giant is working with Harvard University to develop an algorithm that analyzes Google searches to spot which restaurants might have food safety issues.

Researchers say it's capable of flagging possible offenders in 'near real time.'

They created a machine-learning based algorithm to identify unsafe restaurants, training it to look for specific search terms and location data.

The model is called FINDER, or Foodborne Illness Detector in Real Time.

It then uses anonymized and aggregated location history data from smartphones of people who have opted to save it.

The algorithm uses this information to determine which restaurants people searching those terms had recently visited.

To test the algorithm's effectiveness, researchers gave actual health inspectors a list of restaurants identified as having food safety issues, as well as those that had consumer complaints. 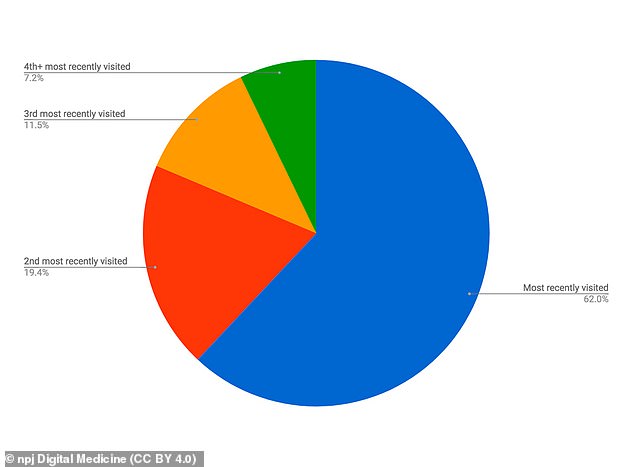 Health inspectors weren't told which ones had been identified by the algorithm and which had received consumer complaints.

Researchers tested the system in Chicago and Las Vegas between 2016 and 2017 and received positive results.

They found the overall rate across both cities of unsafe restaurants detected by the model was 52.3 percent.

By comparison, the overall rate of unsafe restaurants detected by routine inspections was 22.7 percent. 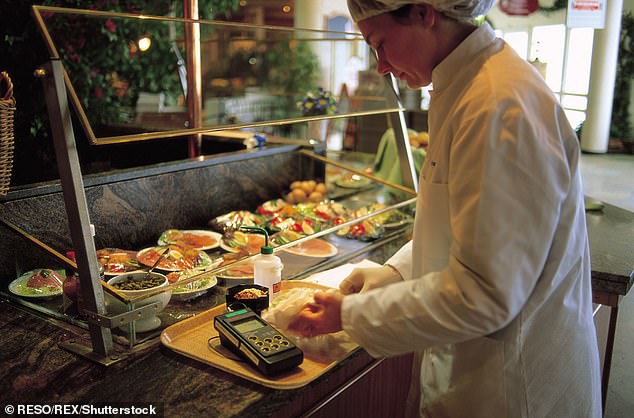 FINDER was also more effective than customer complaints, which were discovered to be accurate only 38 percent of the time.

Researchers believe this is because most people assume the cause of their food poisoning was the last place they ate at, causing them to file a complaint at the wrong restaurant.

They point to medical studies that have shown foodborne illnesses can take 48 hours or even longer to become symptomatic after someone has been exposed.

'The new model outperformed complaint-based inspections and routine inspections in terms of precision, scale, and latency (the time that passed between people becoming sick and the outbreak being identified),' Harvard's T.H. Chan School of Public Health said in a statement.

Researchers believe the FINDER algorithm could be used in accordance with existing methods used by health departments to spot restaurants with foodborne illnesses.

As a result, it may allow them to 'better prioritize inspections and perform internal food safety evaluations,' Harvard explained.

'In this study, we have just scratched the surface of what is possible in the realm of machine-learned epidemiology,' Evgeniy Gabrilovich, senior staff research scientist at Google and a co-author of the study, said in a statement.

'We can use online data to make epidemiological observations in near real-time, with the potential for significantly improving public health in a timely and cost-efficient manner.'