When Google first introduced its phone-calling digital concierge Duplex in May, some thought it sounded too human, while others worried that it would secretly record calls with people.

The AI's first demonstration at a Google Developer conference prompted a massive backlash against the technology.

Now, Google says it has been working to address these concerns - and plans to release it to owners of its new Pixel 3 handset within weeks.

'Pixel users in the U.S. will also be the first to get access to an experimental new Google Assistant feature, powered by Duplex technology, which helps users complete real-world tasks over the phone, like calling a restaurant to book a table,' the firm said at the unveiling of its Pixel 3 handset today.

This feature will initially be available later this year in New York, Atlanta, Phoenix and the San Francisco Bay Area to help people book restaurant reservations and will roll out to other U.S. cities in the future, Google said.

However, it admitted it had dramatically redesigned the system following the earlier backlash.

'As we develop new calling technologies, we believe it’s critical that we help people understand the context of the conversation,' Google said.

'We’ll disclose to businesses receiving the call that they're speaking to an automated system, and we have developed controls to protect against spam and abuse, as well as the ability for a business to opt out of receiving calls.'

Google previously said human operators will be standing by as backup should a call go off the rails.

As for Duplex's tendency to use speech fillers like 'ums' and 'ahs,' Google notes that this technique improved the assistant's ability to book appointments by interacting more naturally with humans on the other end of the line.

The search giant provided these and other details in a demonstration for reporters Tuesday ahead of the system's gradual rollout this summer.

The company is taking great pains to assure that Duplex conforms to a set of principles around artificial intelligence it released earlier this month.

Among them: only develop tools that are socially beneficial and that incorporate privacy by design.

To demonstrate the point, he played a recording of an early Duplex prototype in which a computerized, British-accented male voice tried to book a restaurant reservation for four, and filled an awkward silence with an off-kilter 'Hello.'

'People would hang up on it. They got uncomfortable with the conversation. The team began to iterate on, 'How do we make it sound more natural?' As they did that, with every step, we found that our success rate went up.'

Now, Duplex can successfully book hair appointments, make restaurant reservations or check holiday business hours - the only tasks it is programmed to complete - four out of five times without intervention by humans.

And it identifies itself in a few different ways.

In another, it starts, 'Hi I'm the Google Assistant, calling to make a reservation for a client. This automated call will be recorded.'

Businesses can opt out of accepting calls from Duplex online, although that means Duplex won't update information on Google Maps after verifying information such as business hours.

People who ask Duplex to place calls can limit what it shares with businesses - for instance, by keeping their email address private.

In a test of Duplex, an Associated Press reporter acted as a restaurant employee and objected to the call being recorded. Google didn't allow audio or video recording of the demo to be shared, but the transcript went like this:

Duplex: 'Hi, I'd like to make a reservation. I'm Google's automated booking service, so I'll record the call. Um, can I book a table for Saturday, the 30th?'

Duplex: 'Ok, uh we'll call you back on an unrecorded line.'

A human operator called back within minutes, completed the booking and said the restaurant would be opted out of receiving Duplex calls in the future.

As people interact more with artificially intelligent systems, they need to be given clear choices about how they are willing to do so, he said. 'You hung up and a human called back. If this becomes the norm, that's great.'

Duplex's initial rollout will only cover questions about holiday and weekend hours in the coming weeks, and will be limited to a select group of testers and businesses. The ability to book restaurants or hair appointments will follow later this summer.

Google's main focus is on small businesses that don't accept online reservations through apps such as Open Table, which the Google Assistant will use to book instead of Duplex if it's available.

'I think it will just bring more business,' said Oren Dobronsky, owner of Oren's Hummus, where Google demonstrated the technology. His restaurant doesn't accept online reservations, and he fears some people just don't call because of the hassle. 'Some people prefer not to talk to people. It's removing the friction.'

For now, Google has no plans to give third party app developers access to the technology. Nick Fox, Google vice president of product and design for the assistant, said it's too early and Google is still learning how its bot will react with humans in the real world.

'We have seen businesses hang up,' he said. 'Is it comfortable to talk to, is it strange to talk to? That's what the purpose of this next phase is, to really understand what's working for them, what's not, iterate and go from there.'

HOW WILL DUPLEX TELL PEOPLE IT'S A BOT?

Google's Duplex now identifies itself in a few different ways.

In another, it starts, 'Hi I'm the Google Assistant, calling to make a reservation for a client. This automated call will be recorded.'

Businesses can opt out of accepting calls from Duplex online, although that means Duplex won't update information on Google Maps after verifying information such as business hours.

HOW GOOGLE'S PIXEL 3 CAN ANSWER THE PHONE FOR YOU

Gogole boasts its AI will allow the Pixel 3 to answer calls for you.

'Imagine you're at dinner with family or in a meeting at work and a call from an unknown caller comes in.

'Just tap on 'Screen call' to find out who's calling and why, as well as other information (as prompted by you).

'You'll immediately see a transcript of the caller's responses so that you can then decide whether to pick up, respond by tapping a quick reply (e.g., 'I'll call you back later'), or mark the call as spam and dismiss.

'Processing the call details on-device means these experiences are fast, private to you, and use up less battery.'

'For Call Screen, we will also let the caller know that a screening service is being used.'

WHAT IS GOOGLE DUPLEX?

Duplex is a new tool from Google that aims to use Artificial intelligence (AI) to 'accomplish real-world tasks over the phone', according to Google.

It uses Google Assistant to call up businesses and make appointments or book tables for you using a convincing, human-like voice.

Little is known about the technology or how it works beyond a brief demo at Google's 2018 developer conference in May.

During the demo, Google Assistant dialled up a local hair salon to schedule an appointment. 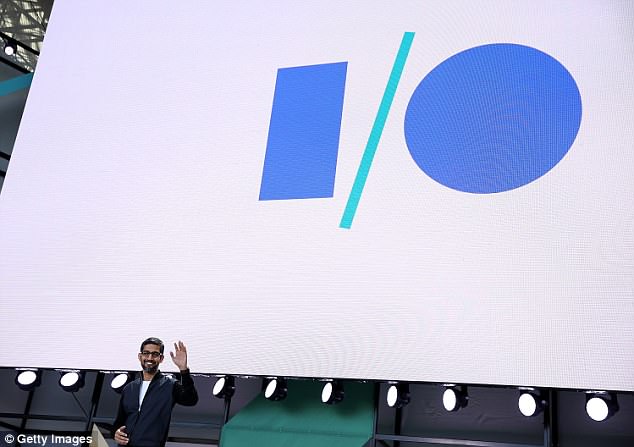 It sounded like any other women talking, but one half of the conversation was held by Google's AI-infused digital assistant.

Google Assistant worked out a time and date for the appointment, even when the salon employee said they were fully booked at the time the Assistant requested.

The Assistant replied 'Mhm' in a natural, believable way when the employee asked her to wait a moment.

Duplex, which CEO Sundar Pichai said the firm had been working on 'for many years', is still in the early stages of development.