Police forces are being challenged over concerns they are using a controversial snooping technology capable of tracking your every movement via a smartphone.

Rights charity are taking five UK police forces to court over their failure to confirm or deny whether they use the hardware, which mimics cell towers to silently connect with nearby mobile phones to spy on their movements.

These can also be used to intercept text messages and calls without the knowledge of the mobile phone owner.

Cellxion, the Surrey telecoms firm behind the technology, claims the system helps police to combat the growing use of mobile phones by criminals and terrorists.

But privacy experts warn the technology is 'rife for abuse' as it harvests data 'indiscriminately' from nearby cellular devices without consent.

Known as an International Mobile Subscriber Identity (IMSI) catcher, the hardware tricks mobile handsets across an area of several miles into connecting with it.

Once this connection has taken place, IMSI can be used to pinpoint a smartphone's location and intercept text messages and calls without the knowledge of its user.

UK police were first caught using the technology in 2016 after a Freedom of Information Request (FoI) found the acronym CCDC present in various forces' accounts stood for 'Covert Communications Data Capture' – another term for IMSIs.

At least five forces are known to have used the equipment, with the London Metropolitan Police spending more than £1 million ($1.3 million) on IMSIs in 2015.

However, groups seeking more details on how the kits are deployed have been told officials can 'neither confirm nor deny' they hold any information.

Rights group Privacy International has now filed an appeal challenging police forces' silence on their purchase and use of the technology. 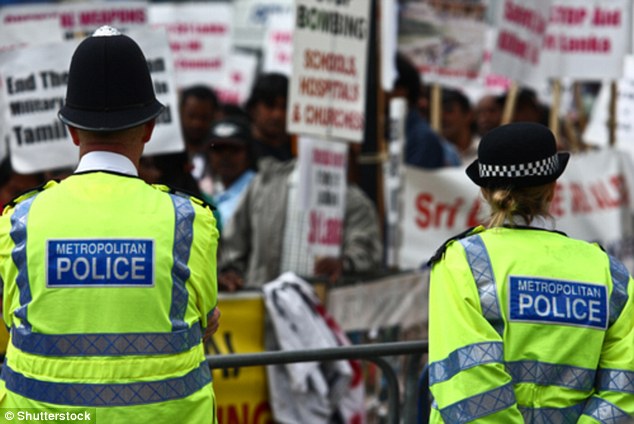 The legal action will challenge an Information Commissioner's Office ruling allowing forces to refuse Freedom of Information requests around IMSIs.

Privacy International argues the ruling, which allowed forces the power to 'neither confirm nor deny' they held information, essentially strips the Freedom of Information Act of its meaning.

Scarlet Kim, legal officer at Privacy International, said the police had relied on the 'knee-jerk "neither confirm nor deny" reaction' to requests for too long.

'This secrecy is all the more troubling given the indiscriminate manner in which IMSI catchers operate,' Ms. Kim said.

'These tools are particularly ripe for abuse when used at public gatherings, such as protests, where the government can easily collect data about all those attending.'

She highlighted refusals from police forces continued even while information on the devices was leaking across the media.

The telecoms firm has previously touted IMSI hardware as 'a comprehensive set of tools to combat the growing use of mobile phone communications technology in crime and terrorism'.

The National Police Chiefs's Council did not immediately respond to a request for comment.

Megan Goulding, a lawyer for legal group Liberty, which is representing Privacy International inthe new case, said it was 'vital' for the public to have access to information on police surveillance tools.

'We hope the Tribunal acknowledges the threat to our rights and encourages a more diligent approach from the Information Commissioner's Office,' she said.

WHAT ARE IMSI CATCHERS AND HOW DO THEY WORK?

The hardware mimics the signals given off by a mobile signal tower to fool smartphones into connecting with it.

Once activated, it captures all smartphones within an area of several miles.

The technology harvests the gadget for location data, and can intercept text messages and calls without the user's knowledge.

In 2015, it was revealed that at least five UK police forces had invested in a version of the surveillance gear built by Surrey telecoms firm Cellxion

Cellxion says IMSI catchers help police to combat the growing use of mobile phones by criminals and terrorists.

But privacy experts warn the technology is 'rife for abuse' as it harvests data 'indiscriminately' and without consent.