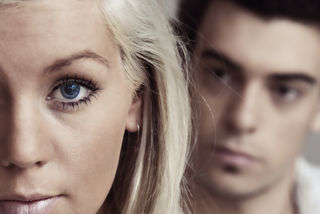 What constitutes stalking behavior(link is external)? While the #metoo movement has brought sexual harassment and assault against women into the spotlight as never before,  the question of how to deal with complaints of stalking continues to defy easy solutions.

Part of the problem stems from the lack of agreement over what constitutes stalking behavior in the first place. Despite efforts by the Centers for Disease Control and Prevention to recognize stalking as a form of partnership violence, laws pertaining to stalking behavior vary widely from place to place and getting police protection is often impossible for many potential victims until too late.

Along with more blatant stalking behaviors such as threats of physical or sexual violence,  researchers have also identified what they term unwanted pursuit behaviors (UPB) which, while creating a feeling of menace in their targets, are rarely illegal in themselves. These behaviors can include:

Along with these in-person unwanted behaviors, stalking victims are also reporting having to deal with a sharp rise in cyberstalking(link is external) activities including:

Whatever form the stalking takes, the consequences can be severe for the person targeted.  Researchers have consistently shown that being stalked can often produce of posttraumatic stress, whether that stalking involves in-person stalking or the online equivalent.   Even when dealing with cyberstalking alone, studies show that victims are far more likely  to report depressive and somatic symptoms, sleep problems, and generally lower well-being than non-victims. Victims are also far more likely to take defensive actions such as taking time off from work or school, changing jobs or schools, and even moving away from family and friends to avoid contact with their stalker.

A new research study published in the journal Psychology of Violence(link is external)provides an in-depth look at different kinds of unwanted pursuit behavior and how they can relate to relationship violence and posttraumatic stress. The researchers designed their study to refine existing measures of cyber- and in-person victimization as well as to gauge how this victimization can predict interpersonal violence and psychological problems afterward.  For the purpose of this research, Christina Dardis of Towson University and a team of co-researchers recruited 330 women, aged 18 or over, from a pool of psychology undergraduates at a mid-Western university. All of the participants reported having been in one or more relationships which ended in the previous three years.

To conceal the real purpose of the study, all participants completed an online survey titled, "What happens when your relationship ends?" Along with collecting demographic data, the survey contained items from inventories measuring:

As expected, results showed considerable overlap between reports of unwanted in-person pursuit behavior and unwanted cyber-pursuit.  Among the 59 percent of women who reported two or more examples of unwanted behaviors, most reported it occurring to them both online and in-person. Victims of unwanted pursuit behavior were also more likely to report being a victim of some form of interpersonal violence as well as depression and posttraumatic symptoms.

Types of unwanted behavior most likely to lead to mental health issues included: being sent an excessive number of texts/posts; asking mutual friends for personal information; and sending threatening messages.  Interestingly enough, there seemed little difference whether these behaviors occurred in person or online.  Even for participants who experienced cyber-stalking alone, excessive or threatening messages were strongly linked to later development of posttraumatic or depressive symptoms.

For in-person unwanted pursuit behavior, the two factors that seemed to have the greatest emotional impact on women were: indications of active pursuit (either following the person targeted or showing up unexpectedly) and aggression (threatening or committing actual violence towards the target, her property, or those close to her).  As for unwanted cyber-pursuit, participants were most likely to report emotional distress after receiving an excessive number contacts or posts, or else when pursuers made use of active surveillance or GPS and/or posting revealing images of the target online.

While previous studies have already shown the negative impact of in-person and cyber-stalking on targeted women, these study results go further in showing the cumulative impact of unwanted behaviors that have been underresearched up to now.  Though the participants in this study were all young, undergraduate women from a single Midwest university, the traumatic impact of this kind of post-relationship pursuit behavior is very similar to what has been reported in numerous other studies on stalking and harassment over the years.

Along with recognizing study limitations, Dardis and her co-authors acknowledge that more research is needed to study the long-term consequences of in-person and cyber-harassment as well as the kind of harassing behavior reported  by other population groups (including males and females in other age groups).

Still, these results demonstrate the need for better intervention programs to help victims of post-relationship bullying/cyberbullying. For example, those stalking victims still in school (whether college or high school) can benefit from safe spaces being established where they can feel free to disclose what has been happening to them.  School health staff (especially nurses and counselors) can also screen for signs of relationship violence as well as providing counseling to address posttraumatic stress and depression. Also, since many victims may not recognize unwanted pursuit behavior as stalking, screening instruments to question victims about whether they have been targeted by unwanted pursuit behaviors (such as the ones described in this study) can be used as well.

As for dealing with the pursuers themselves, education can be essential,  especially for those pursuers who may not even recognize that their unwanted pursuit behavior is upsetting to their targets.  Education programs can also help promote greater awareness of issues surrounding unwanted pursuit behavior and its role in preventing later episodes of sexual or relationship violence. And there is also a need for greater vigilance in policing online social platforms such as Instagram, Facebook, and Twitter, to identify instances of cyberstalking and to provide greater safety for targets online.

In an era of increasing anonymity, electronic surveillance, and social media, the opportunities for unwanted pursuit behavior seem greater than ever.  But the political and social will for developing real solutions for this kind of stalking behavior is stronger than ever as well.  Finding better solutions and putting them into effect is an essential first step.